U of BC engineering team cops Dyson award

A group of engineering students from the University of British Columbia captured the top spot in the 2020 national James Dyson Award in Canada with its design entry – the Attentiv Catheter. The team received $3,000 towards their project and will progress to the international stage of the JDA. 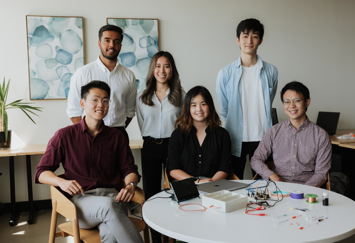 Catheters are a common tool among medical professionals and are used to dispatch fluids into the human body. Although a simple practice, 23% of adults and 70% of neonatal patient’s experience IV infiltration, which occurs when a catheter is dislodged in the vein or improperly placed causing fluids and medications to leak into the surrounding tissue.

The team of UBC engineering students discovered the problem and prevalence of IV infiltration specifically among vulnerable populations like neonatal or elderly patients after interviewing over 70 biomedical experts including professors, industry leaders, and clinicians. In order to solve this problem the students leveraged their varied educational backgrounds in biomedical, software and mechanical engineering to develop Attentiv Catheter: a new type of catheter that uses bioelectric properties to monitor IV delivery and automatically signal when infiltration is detected. This innovation earned them the top spot in the 2020 national James Dyson Award in Canada. 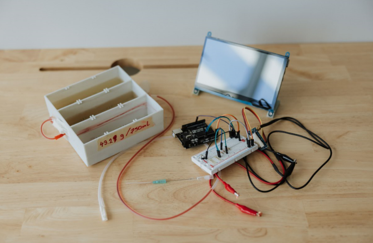 Attentiv uses a small sensor that differentiates between blood and tissue to localize the position of the catheter and determine if it has correctly entered the vein or is outside the vein, one of the causes of infiltration. When infiltration is sensed, an alert is transmitted through a wire mounted along the IV tubing and broadcasted to a monitor, alerting the physician or nurse. The on-board algorithm uses the average of the bio-impedance signal to look for spikes or irregularities that may indicate infiltration.

The team identified the neonatal ICU as the group that most requires a solution such as theirs, as newborn babies can be the most vulnerable to IV infiltration. The sensor is small enough for infants with fragile conditions and can be easily integrated into a nurse’s regular routine.

“When researching other existing technologies, we found that most use a patch sensor that is applied to the skin. This was not an attractive option to nurses as it would be another item to place on the baby in the NICU,” says team member Kevin Ta. “We wanted to ensure our technology was integrated right into the catheter for a more simplified approach that would resolve some of those concerns.” 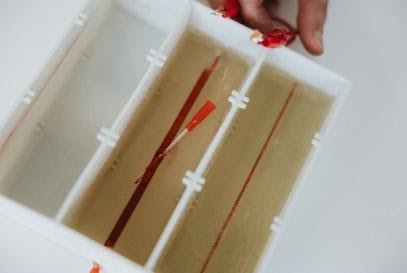 To measure the usability of Attentiv, the team plans to mock-up the workflow of nurses while they do routine procedures. This will help indicate if Attentiv can seamlessly fit into a nurse’s schedule and inform the next stage of development with the user interface. The team is aware that hospital nurses can already experience “alarm fatigue,” based on the many alert systems already in place in their environment. With this in mind, they are exploring ways to integrate their monitor into existing systems or use visual alarms to update the user.

“In addition to advancing our project, we also want to start a paradigm shift on how we view IV safety. Just because these incidents aren’t as common with adults, they still are happening and causing pain for patients and additional time spent for nurses,” adds team member Jessica Bo.

Following in-class schooling being halted due to the global pandemic in March, the Attentiv team has shifted priorities from physical development to drafting a research paper focusing on their design, testing and iterative development for a medical journal.