Dorigo cops biz-of-year award from Burnaby Board of Trade

Burnaby BC-based electronics manufacturing services (EMS) provider Dorigo Systems was recently presented with the Burnaby Board of Trade ‘Business of the Year’ excellence award. Now in its 17th year, the Burnaby Board of Excellence Awards (BBEAs) represent the highest business honour in the western Canadian city. 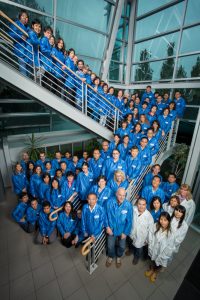 Mark Pillon, president, Dorigo Systems, accepted the award and thanked the Burnaby Board of Trade for the selection.

“It is truly an honour to be considered in a category alongside esteemed businesses such as Fortinet Technologies, Mott Electric, Pacific Blue Cross and Traction on Demand,” says Pillon. “Each of these companies, and indeed all of the nominees, inspire us in their commitment to community, innovation and success.”

Started Dorigo Systems from his parent’s home in 1988

Pillon started Dorigo Systems from his parent’s home in 1988 armed with an engineering science degree from Simon Fraser University. He built Dorigo Systems on the values his parents instilled in him – perseverance, teamwork, adaptability and – above all – hard work. Dorigo has grown significantly since those early days and now occupies over 45,000-square-feet of manufacturing space and employs nearly 100 people. Dorigo Systems has built a reputation as one of the Pacific Northwest’s leading contract manufacturers of printed circuit board assemblies.

“We can attribute much of our success to our strong commitment to manufacture the highest quality assemblies and assist our customers in taking their product from prototype to production,” according to Pillon.

This year marks the 25th anniversary of Dorigo’s move to Burnaby and, as Dorigo looks again towards expansion, the organization is dedicated to growing the business there.