Peraso Technologies Inc., a leader in the development of mmWave technology and wireless gigabit chipsets, announced that Bill McLean has been named the company’s chief executive officer. An industry veteran who has served in executive roles with a range of wireless, semiconductor and networking companies, McLean will drive the strategy as it moves from initial customer shipments to higher volume commercial production as the WiGig market takes off, and as other applications present themselves that leverage Peraso’s deep mmWave technology capabilities. 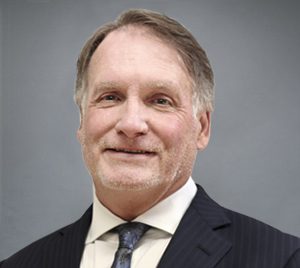 “Peraso is well positioned to capitalize on the wireless market across various industries, especially as the need for super high-speed and functionality-rich features becomes increasingly important for device connectivity and bandwidth-hungry applications,” says McLean. “Based on my past experience in the Wi-Fi, Bluetooth and GPS markets, I’m excited to help the team at Peraso lead the way for businesses and consumers to the wireless gigabit world.”

McLean has over 30 years of experience in the wireless, semiconductor and networking markets. He served as the CEO of Ozmo Devices, a semiconductor company focused on ultra-low power and highly-integrated Wi-Fi Direct solutions. After Ozmo Devices was acquired by Atmel, McLean served as vice president and general manager of Atmel’s Wi-Fi solutions business. Earlier in his career, McLean co-founded and served as CEO of GloNav, a developer of GPS receivers for the mobile industry that was acquired by NXP. He was also chairman of Firecomms, which developed optical solutions for the plastic optical fiber market and held executive positions at Anadigm and Parthus.