The secrets of position sensing for autonomous vehicles

The success of autonomous vehicles is based upon solving the needs for fast response time, precision and long term calibration over time, temperature and use 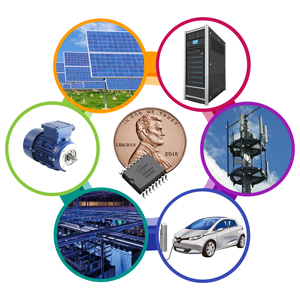 However, as autonomous cars are gathering the most industry interest and investment, let’s start there.

Fully autonomous (Level 5) driving vehicles are still a number of years away from full production, and more importantly, adoption. However, the adoption rate for autonomous vehicles is gaining traction due to ongoing advancements in sensing, computing and connecting infrastructure and policies required to operate such vehicles in a ubiquitous and democratized environment.

There are actually two main systems of classification for the levels of autonomous vehicles: the National Highway Safety Administration (NHTSA) divides the continuum of autonomy into five levels, while the Society of Automotive Engineers (SAE) divides them into six.

The SAE and NHTSA scales are fairly similar. For example, the best-known car currently for sale with an appreciable level of autonomy, the Tesla Model S’ Autopilot, happens to fall on the same level in both scales, Level 2.

What is needed for next generation autonomous vehicles?

The success of autonomous vehicles is based upon solving the needs for fast response time, precision and long term calibration over time, temperature and use.

Perhaps, the largest gating item to the adoption rates of autonomous vehicles is that the costs and commissioning of these systems remains high. Furthermore, some technologies like LIDAR remain difficult to use, commission, and aesthetically unappealing for consumers. Consumers will surely push back against the ungainly appearance of LIDAR devices on their car roof, windows and outside mirrors. In addition, ongoing maintenance and repair will need to be factored in. Environmental challenges such as snow, smog and dust will surely have a corrosive impact upon external LiDAR modules.

In spite of those issues, investment into technologies like LIDAR have dominated the headlines in recent years while folks like Tesla’s Elon Musk maintained that LIDAR is not needed and vision systems coupled to inertial measurement units (IMU’s) for GPS and GPS denied applications will persist and grow.

I believe this to be true for many autonomous applications, but not all however. 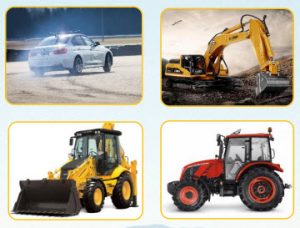 Where did autonomous vehicles begin?

You might find this surprising but agricultural equipment – tractors and combines – were among the first commercial uses of vehicle autonomy.  Over the last decades, the market acceptance and technical advancements within autonomous vehicles on the ground have been aggressive.

Worldwide, manufacturers of smart agriculture, heavy construction equipment and last mile delivery vehicles are demanding higher levels of accuracy from their embedded GNSS and INS sensor systems, the systems need to be as accurate as possible to ensure highly accurate positioning and accuracy, as well as to ensure safety of human operators and nearby workers.

In addition to the sensors that measure positioning relative to signals from the GNSS and GPS satellite networks, there is a lesser-known, but equally critical, sensing technology.

We are speaking of Inertial Measurement Unit (IMU) sensors.  Within most positioning systems there is an IMU that helps the positioning engine calculate the position using the physical motion as part of the positioning calculation. This is critical for highly accurate systems which calculate the force, angular rate and orientation of the system over time and temperature changes. IMU’s are used in many GPS, GNSS and INS systems and provide absolute heading, positioning and dead reckoning. The backbone to any good IMU is the performance of the system measured by the Allan Deviation of the sensor specifically, the bias stability and Angle Random Walk of the Gyroscope.

Micro electrical mechanical systems (MEMS) sensors have an inherent stiction issue in which the microscopic silicon fingers of the accelerometer and gyroscope structure can get stuck together.  Usually caused by a shock or high acceleration event, once stuck together they can be very difficult to separate due to a phenomenon known as the Van der Waals force. This poses a significant issue for functionally safe applications and ASIL B rated applications. One way to solve this problem is by using triple redundant sensors embedded within the IMU. If one sensor fails because of stiction, the other two will continue to function and will keep the vehicle on its path.

The reason bias instability and ARW are important can be explained thusly – An autonomous vehicle driving from one point to another in a perfect straight line will drift over time by the bias stability rating of the IMU. If the IMU is rated at 6 degrees, per hour of bias stability, the car will arrive potentially 6 degrees from the straight line on either side which would equate to 6-8 feet of inaccuracies.

Said differently, if an autonomous vehicle attempted to pass through the Holland Tunnel in New York City using a 6 Degree per hour IMU, it will likely not make it…

On their own, Automotive GPS receivers cannot provide highly accurate continuous position information.  With optimal reception from a few dozen global satellites, the GPS receiver can calculate its position to within a few meters.  By also including correction signals to correct satellite clock errors and atmospheric distortion, the GPS receiver can calculate position to around 2cm to 4cm using algorithmic techniques such as Real-Time Kinematics (RTK). The calculations take time to perform so the update rate for the GPS receivers is typically about 1Hz or once a second but it can be as fast as 10Hz to 20Hz for more dynamic applications. At highway speeds and under optimal conditions, the vehicle can move 10 ft. or so between GPS updates under optimal conditions.

IMU’s are used in many highly precise applications 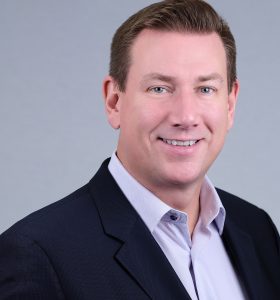 The gating items for higher performance IMU’s in automotive applications has been threefold. Cost has been prohibitive for vehicles manufacturers to adopt higher performance IMU’s for autonomous applications. Even though IMU’s are already in vehicles for navigation, roll over detection and air bag controls, the performance levels of these class of IMU devices will not solve the problem of dead reckoning in a major tunnel or in vision impaired instances, that are prolonged, and not well supported by cameras in white out conditions due to heavy snowfall and fog along with sun saturations issues.

As performance needs increase for autonomy, the demand for functionally safe devices also increases, while at the same time, the quest for low costs increases almost linearly.

Big picture, autonomy is enabling wonderful advancements in vehicles, UAV’s and last mile delivery robots that which will help reduce our carbon footprint, increase efficiencies and productivity while hopefully saving lives. Yes, there are challenges to be met – however, using technology currently on the market, as well as new and evolving sensing technologies, one day, within a decade or so, autonomous vehicles will be able safely on our highways and in our urban centres.