Quickly rising from the prairies as an innovator of drone technology, Saskatchewan-based Draganfly Inc. is an award-winning, industry-leading systems developer within the coMercial Unmanned Aerial Vehicle (UAV) and the Unmanned Vehicle Systems (UVS) space. The firm has helped shape how people do business, serving in the public safety space, agriculture, industrial inspections and mapping and surveying markets with the goal of saving time, money, and lives. 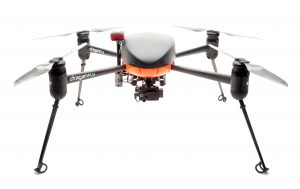 Draganfly was the first to commercialize a quadcopter, add commercial sensors to drones, while also creating the first six and eight bladed drones. If that isn’t impressive enough, it was a Draganfly drone that became the first to be credited with saving a life.

Founded in 1998, West Coast Report took the opportunity to speak with original founder Zenon Dragan about the recent $7M private placement. The financial infusion will allow Draganfly to scale its business to expand offerings, grow the engineering team, and follow up on research and development initiatives.

Commercial drone space is at an inflection point

Perhaps more importantly, however, the funding comes at a really good time, according to Dragan. “Having an injection of capital comes at a time when the commercial drone space is at an inflection point with mass adoption set to occur. [This] positively translates to providing our customers with broader and in some cases, more efficient solutions than before,” he says. They also recently became a publicly traded company and are listed on the Canadian Securities Exchange; US OTCQB Exchange; and the Frankfurt Stock Exchange.

Despite its relative isolation in Saskatoon, it also served as a positive for Draganfly, as the large university provided critical talent for the growing company. Further to this, Dragan explains that being from Saskatchewan provides a number of geographic advantages, including “being able to learn and operate in large open areas. This has been extremely useful for the testing of our systems. Additionally, the university and many of the new technology companies are contributing to the increase in use cases for drone technology,” says Dragan. Being in Western Canada also positions Draganfly favourably with new partnership opportunities ranging from oil and gas exploration and environmental projects.

The founder never had dreams of building a giant company.

Those in drone industry know who Draganfly is

“I never set out for world domination when I started the company. Most people in the drone industry know who we are. In our geeky community, I’m a mini-celebrity. My aspiration was to be profitable and build amazing, world changing stuff,” he explains. The team has succeeded perhaps without a strong emphasis on marketing, public relations, and broader distribution channels, which they are now benefitting from.

“For 20-years, we didn’t even have a sign on the door. And, the door was locked. For myself, I want to invent, which is my passion. I love flying machines. This is why we now have great people to take us to the next level.”

The quadcopter was not a new concept when Dragan created his version of it, however, after flying conventional RC helicopters for many years, he points out that there definitely was an appeal to further develop a new kind of multi-rotor platform – which would be mechanically easier to build, and simpler and safer to operate.

Make their own counter rotating blades

In a way, this is what sets Draganfly apart. As pioneers, they had to make their own counter rotating blades. They had to work through reliability. 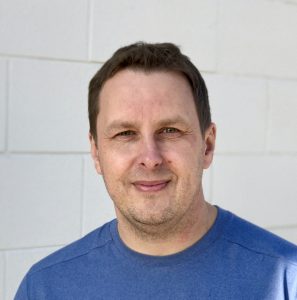 “Everything is so much easier now than back then, but we did it all from scratch, so that’s why we have been so successful in our contract engineering and special projects,” explains Dragan.

Despite their first mover advantage, the company out of quiet Saskatchewan had to find ways to overcome obstacles.

“Funding the growth of a company in order to stay relevant in a changing industry is always a challenge. My suggestion is to choose investment partners who understand your business and have working knowledge of the markets you seek to grow within,” notes Dragan. “Choose partners who are smarter than you as they can contribute to your intellectual growth, and choose projects no matter how big or small that allow your area of expertise to shine.”

To learn more about Draganfly and their drones, go to www.draganfly.com.