The end of hardware?

The picture isn’t pretty. Whether it’s PCs, tablets, smart watches or now, even smartphones, the outlook for most major hardware device categories is not looking good, particularly in the US. The issue is that both consumers and businesses have already bought a lot of these devices. Plus, they’re hanging on to their purchases longer than they used to, and longer than many people originally thought they would.

Many companies, including both Intel and Qualcomm, have been forced to make some painful employee reductions as a result of these challenges, and there are likely more from other vendors still to come. So, does this signal the end of hardware as we know it? 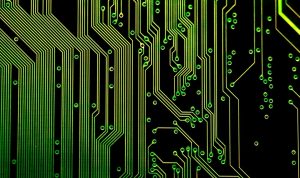 On one hand, yes, we are arguably at the peak of these key hardware categories, particularly when you add them all together. As a result, we are likely to see modest declines in unit shipments from this point forward. After a 30+-year run of growth, that’s tough news to take.

But there is hope in hardware-land. It just requires thinking about the market in a different way. The key point is to realize that the distribution of computing is getting increasingly diverse. Of course, much of it is moving to the cloud and data centers around the world. Not only is traditional CPU-based computing happening there, but increasingly, so are GPU-dependent tasks. In fact, the architecture of today’s servers is more like a super-powered PC than traditional servers have ever been.

There is hope in hardware-land.

It just requires thinking about the market in a different way

But we aren’t moving to a cloud computing-only world. Instead we’re seeing significantly more intelligence and computing power being placed into devices outside the traditional norm. Newer cars, for example, arguably have the most raw computing power of any of the devices that people own, and that’s only going to increase over time.

We’re also seeing many more devices that previously lacked any kind of real technology being made “smart.” From smart speakers to smart machines to smart, well, everything, the range of “computing” devices is growing tremendously. Unlike the traditional core computing devices, however, these new types of devices often leverage different types of computing hardware. In fact, in many cases, it’s essentially “sensor-based” computing, where there is little traditional computing horsepower, but a great deal of data-generating sensors packaged together with wireless connectivity elements.

In addition, we’re starting to see multiple steps being integrated into the computing continuum. It’s not just about client devices talking straight to servers—in many cases there are intermediary devices, such as various types of gateways, that sit somewhere along the computing path. There are also increasing efforts to split various types of workloads and activities across the smart clients and connected servers to intelligently take advantage of all the key benefits that each has to offer.

When you add all these devices, and the components they require, together, it’s clear that there’s still plenty of opportunity to build and sell hardware. But it’s also clear that it’s a very different kind of hardware market. In addition, the companies involved are likely going to be a different blend of hardware vendors than the ones we’ve come to know.

Component and semiconductor makers that can adjust to this new reality

Component and semiconductor makers that can adjust to this new reality are likely to make the transition just fine, although it’s very possible we’ll see adjustments in their size, power and influence as these market adjustments occur.

For finished goods vendors, the story is likely to be much more challenging. Several well-known names could disappear in this new environment. Many others will find themselves in a very different position than they’ve been in, and some will (and already are) making the adjustments necessary to thrive in this new hardware landscape.

Much has been written about the increasingly important role that software is playing in this new world and there’s no question that software is an essential element. However, it’s also important to remember that this dramatically different combination of hardware requires much different types of software, as well. This is not a world requiring or expected to be driven by mobile apps. Developments in artificial intelligence, deep learning, analytics algorithms and the like instead point to a more pervasive and yet more subtle type of software that more easily adapts to us rather than the other way around.

The end to the long run of traditional hardware growth is a critical milestone in the ongoing evolution of the computing industry, but it doesn’t signal the end of the hardware era. Its impact is really just starting to be felt now, but there’s no question that the reverberations from it will be felt wider, deeper and longer than most expect.

Bob O’Donnell is the founder and chief analyst of TECHnalysis Research, LLC a technology consulting and market research firm. You can follow him on Twitter @bobodtech.