What do ‘Superheroes,’ driverless cars and 5G have in common?

As the mom of four boys, I have spent countless hours hearing about “superheroes” and their awe-inspiring “superpowers.” Each son had his favorite over the years, and often dinner-table conversation turned into a debate about which superhero was the most powerful. My boys kept me busy, and I would often tell them I had a few superpowers of my own – like the ability to “run faster than a speeding bullet” when I could see them getting into trouble, or a “spidey sense” that would give me clues as to what they were up to even when I wasn’t with them. 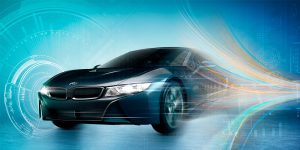 When 5G arrives, we will all get the chance to experience something akin to the superpowers we chatted about when my boys were little. It will bring to our autonomous driving world superpower-like connectivity, giving cars a near-instant advantage of time and information – kind of like a “sixth sense.” It will allow lightning-fast communication between cars and networks and the “things” around them, which makes it possible to detect what’s coming around that next corner, or miles up the road. It will have “pipes” big enough to handle the massive amount of data that autonomous vehicles will use on a daily basis.

As the leader of Intel’s Automated Driving Solutions Division, I’m often asked two questions about 5G for autonomous driving: Why are you talking about 5G now when it’s so far off? And, more skeptically, what’s wrong with the communication technologies we’re deploying today, such as DSRC and 4G LTE? I’ll start with that second question because I think the answer is important to understanding how the autonomous experience is enabled. Plus the answer to that second question also helps answer the first. 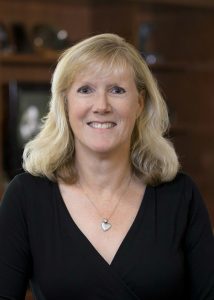 Kathy Winter is vice president and general manager of the Automated Driving Division at Intel Corporation.

Autonomous cars will need two things to operate safely: ultra-fast communication between nearby cars, things and the cloud, and near real-time data about their surroundings. Both DSRC and 4G LTE are fast. Both provide the connections to other vehicles and nearby things. But neither technology was designed for transmitting big data files really quickly. And both technologies experience a modest amount of latency, which may seem “good enough” but becomes a problem when your autonomous car is platooning with 100 other vehicles at 80 mph down the highway.

But big data files are reason enough to align autonomous driving to 5G. Let’s face it, self-driving cars will consume data voraciously – specifically high-definition 3D maps that will help them navigate safely. And no vehicle will have the storage capacity for all the world’s maps. They’ll need pieces of them relative to their immediate location – like the metropolitan area where they travel daily, or the freeway system and nearby roads connecting two cities. No communications technology can handle the transfer of these big files – we’re talking terabytes of data. Only 5G mmWave spectrum provides the speed and bandwidth to allow quick transfer of big data files during opportunistic moments, such as when stopped at a gas station. When 5G networks are deployed, we expect much of this data to be available through edge devices, such as cellular base stations. Intel and Ericsson demonstrated how this works at Mobile World Congress in Barcelona this week.

Which brings me back to that first question: Why 5G now? For the simple reason that the work we’re doing today won’t manifest itself for a few years. Carmakers are making design decisions today for the autonomous vehicles that they’ll deliver in 2021. With 5G expected in that same timeframe, they need to include 5G in their design plans now in order for those cars to be ready when 5G is turned on. There’s a lot of work to do between now and then as far as standards, infrastructure and more. But the short of it is that 5G and autonomous vehicles must arrive together, which means planning for that arrival date today.

And Intel is doing just that. We were first to deliver a 5G automotive platform to enable carmakers to start developing their autonomous driving systems. We were the first to demonstrate live 5G over-the-air communications between the car and nearby edge devices. And we’ll lead the industry to an on-time arrival of 5G and self-driving cars in 2021.