AI to spark growth in hardware: Kindred to lead the way

As remarkable as humans are, we are limited. We have overcome many physical limitations through the use of machines. We can drill through mountains and fly over them. Our large scale factories increase productivity, however, we as humans still experience limited short term memory, unreliable long-term memory and our sensory experience and comprehension are perhaps only a small portion of what could be possible. 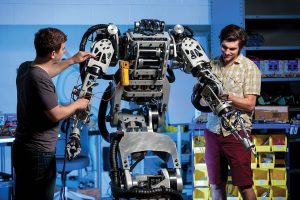 Vancouver-based OEM Kindred Systems Inc. has a goal is for its futuristic robots to be able to perform tasks beyond their current scope, improving efficiency in e-commerce warehouses and autonomously organizing items and parts. But that is just the tip of the iceberg. If Kindred succeeds, we can look forward to having robots infer goals, automate behaviour and come up with novel solutions without the inconvenience of human support or human limitations.

I recently had the opportunity to speak with Kindred’s founder and chief science officer Suzanne Gildert, as well as Kindred’s CEO Geordie Rose, about how their experiences at quantum computing company D-Wave Systems Inc. led to Kindred, what Kindred’s first product application will be and what their 1000 year goals are.

Q: How did you [Gildert and Rose] get started at Kindred?

“I’m the founder and chief science officer of Kindred. We started Kindred in March 2014, and the mission of the organization is to develop human like intelligence in machines,” says Gildert. While Suzanne was mulling over technology as a staff member of D-Wave, she recognized that Geordie Rose had a lot of experience on both the business and technical side which prompted her to approach Geordie to join her at Kindred. 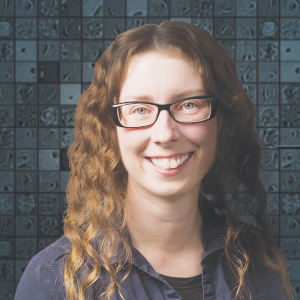 Q: How does D-Wave tie into Kindred, or does it tie in?

“That’s a good question, looking at it from the outside, they look very different. But there are many similarities between D-Wave and Kindred. Both are trying to tackle difficult problems that have really open research questions, and if they are successful, they will change the world in radical ways,” explains Gildert. “So on one hand there’s quantum computing which can create a new computing resource that we’ve never had access to before. On the other hand, creating human level AI will fundamentally change our society, and everything that we think about that falls under the umbrella of intelligence today.”

Q: Geordie, what drew you to joining Kindred’s quest?

“I completed my PhD in Theoretical physics in 1999. I founded D-Wave and worked there for 15 years. I had the chance to work with many talented people, and Suzanne was right at the top of the list. She came to me with an idea about how to approach and understand minds, and intellectual properties of the mind. It was enthralling to me,” says Rose. “So when she asked me to leave D-Wave and join Kindred as CEO, it was clear that this was something that I wanted to do. Trying to solve this problem is a grand challenge of the sort that you don’t find very often.” The implications of success will be dramatic. Kindred have grown to 40 staff, they are about to launch a product, and they continue to deconstruct and understand the human mind in order to effectively provide those sorts of capabilities to machines.

Q: Kindred will change our lives starting with how we run our warehouses. What is this going to look like?

“There are a myriad of places where humans still work in warehouses, there are still tasks within these centres that have not been automated for a variety of reasons. The types of tasks that we are targeting with our technology are ones that are not easy or possible to automate using conventional approaches to robotics,” says Rose. Modern distribution centres for e-commerce are complex, with rows of shelves with hundreds of thousands of different products. Kindred’s ground-breaking approach is based on the belief that humans and robots will be working together one day, and that both species will guide each other as they learn and interact with each other, and in doing so, tasks which are outside the capability of conventional control become quite easy. Rose explains: “The first areas in which Kindred’s robots have made significant progress is in the detection of objects. Think of a sock and a t-shirt of the same colour, which is not so easy for a machine to differentiate, especially with different lighting conditions. The second area is the ability to manipulate and grasp delicate objects, and in a way so that the barcode can be scanned.” 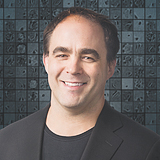 Q: What are your overarching goals, what drives Kindred?

“It is real fundamental change that we are interested in with Kindred. What we are looking for is something that will be remembered in a thousand years. In a thousand years, will the things that we are doing now be remembered and stories be told about them? We want the answer to be yes,” says Rose. If Kindred can succeed at their core mission, the result will be transformative to human history. Kindred wants to focus on these long term objectives.

Q: How will robots and humans work together in the future?

“The robots of the future will be much more human like. Robots will be learning from humans and humans will be learning from robots. Not only will [robots] be good at planning… but they will be able to learn and change strategies,” explains Gildert. “The workforce of the future [will benefit from this] symbiosis of humans and robots doing the same types of jobs alongside one another rather than there being this artificial divide between them. I really do see robots as being another species living alongside humans, helping us develop as a civilization.”

Q: Any tips and trends to share with E&T’s readership?

Gildert: “Over the last decade or so, there has been a lot of investment and a lot of hype around software and in the virtual world, but I think robotics and hardware are on the rise. I think that is something your readership would be interested in. Physical robots and physical hardware systems, we are going to see a lot more of that type of tech, and a lot more investment on the hardware side of things. Less fear of investing in hardware based companies as opposed to just pure software companies.”

Geordie: “That’s absolutely correct. Our position on the whole AI front is that intelligence and other properties of minds can only emerge when embodied in robots. That is one of our core hypothesises upon which our entire effort is built. Investment in hardware is going to be on the rise because … it is a vital part of this whole process.

What an exciting future in store for us.