Should you build your own GNSS/INS?

For navigation and control of any robotic or autonomous outdoor system, GNSS/INS (Inertial Navigation System) is a key component. Inevitably the question arises: should you build your own custom solution or integrate an available GNSS/INS as a single component? What would give you the best performance, while keeping the Total Cost of Ownership (TCO) to a minimum? The TCO is also known as the “long-term price” and is defined as the purchase price plus the costs of operation over time.

Xenomatix, based in Louvain, Belgium, provides  automotive solutions based on LiDAR technology. With eight years of innovative experience Xenomatix has recently installed a pre-integrated GNSS/INS receiver on their latest LiDAR product, achieving highest GNSS/INS performance with minimal TCO. In an Inertial Navigation System, the GNSS component provides positioning with centimeter-level accuracy. The other component is a MEMs IMU, which measures 3D orientation in terms of heading, pitch and roll angles with sub-degree precision. For their latest product XenoTrack , Xenomatix chose an Inertial Navigation System called XenoAsterx based on the AsteRx SBi3 from Septentrio,  which they integrated alongside their LiDAR in order to collect road quality data to the smallest detail. 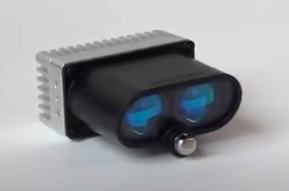 Three years ago, when Xenomatix started developing their new LiDAR road-inspection system they had a GPS, an IMU and an odometer as accompanying sensors. As they wanted to expand into new markets of road inspection in accordance with international standards, they needed to improve their components to take the overall performance of their system to the next level with RTK high-accuracy positioning.  To achieve this, while saving time and costs, they acquired an AsteRx SBi3 GNSS/INS receiver, which allowed them to focus on their core LiDAR technology and sensor fusion algorithms.

This off-the-shelf INS system provided all the high-accuracy positioning and orientation information they needed, while eliminating most costs of development, maintenance, and support. The new receiver allowed them to drive for miles, without any offset in positioning, something that was impossible with their previous GPS receiver. The unique technology from Xenomatix stitches images by using LiDAR point-cloud overlays. However, when the car is moving fast this overlay is smaller and the pre-calibrated GNSS/INS extends system performance by allowing stitching even when driving at higher speeds. 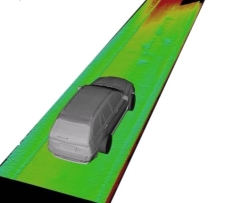 Figure 2: A solid-state LiDAR from Xenomatix is fused together with an AsteRx SBi3 GNSS/INS system to record high-resolution road data at high speeds. Source: Xenomatix

A pre-integrated GNSS/INS solution, which is versatile enough to fit into virtually any autonomous or mapping system, offers the best value in the long run for the following reasons.

1. Better performance:  The manufacturer of a GNSS/INS solution specializes in fusing the GNSS receiver and the IMU in an optimal way. To accomplish this both sensors are first synchronized, and then their output is run through a sophisticated Kalman filter algorithm. The device is then fine-tuned for optimal operation under various conditions. Finally, it is extensively tested and validated. While being used by numerous customers and in varying applications, the GNSS/INS proves itself on various levels such as accuracy and robustness.  This results in superior performance, even in the most demanding environments. After installing the AsteRx SBi3 GNSS/INS system XenoTrack was able to extend its functionality to inspect longer distances of roads at higher speeds. The AsteRx SBi3 operates reliably, even in challenging environments, such as when driving near high cliffs or under bridges.

2. Less development time and costs: When building your own system, the development time can be estimated at about 1 year with 2 FTE (Full Time Employee) of GNSS/INS specialists. Hardware components need to be integrated and synchronized, while various interfaces as well as the Kalman filter need to be implemented. There may be additional features to be developed such as velocity input as well as tools for validation before the intricate step of performance fine-tuning. Finally, there are additional testing efforts needed for verification and validation of the device. When acquiring a pre-integrated GNSS/INS solution, on the other hand, it is reasonable to plan for only a few weeks of integration time, mainly for processing proprietary messages containing sensor data

3. Faster time-to-market:A pre-integrated GNSS/INS system with easily accessible interfaces and flexible configuration ensures quick installation so that your product is ready within weeks.  Compare this to the estimate above for in-house development of 1 year with 2 FTEs or 2 years with 1 FTE. 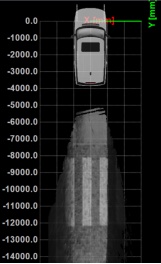 4. Lower maintenance costs including support: Certain high quality pre-integrated GNSS/INS receivers are future-proof, which means that they are ready to use new GNSS satellite signals and services as soon as they become available. An example of such upcoming service is the Galileo OSNMA anti-spoofing authentication. Some receiver manufacturers such as Septentrio also offer continuous product improvement in the form of free firmware updates. A system that is developed in-house, on the other hand, needs continuous investment to maintain its competitive edge. When issues occur Septentrio also offers local worldwide support, with experienced application engineers ready to solve GNSS, INS or coupling issues which would otherwise halt the production process.  For example, when Xenomatix discovered that their GNSS/INS was not working optimally in a certain environment they called Septentrio. Within days application engineering experts who analyzed the logged data found the source of the issue and proposed a solution.

5. Focus on core technology:When budget is limited, choices need to be made: where to focus the efforts? When a company saves on GNSS/INS development, more can be invested in core technology. This means avoiding any lost-opportunity costs and optimizing margins.

Building your own INS systems is not always the best option

Acquiring a pre-integrated GNSS/INS receiver allowed Xenomatix to have a superior and affordable product with a competitive edge. AsteRx SBi3 increased the performance of the XenoTrack mapping system, while a short integration period allowed a faster time-to-market. Xenomatix also benefited from low maintenance costs, keeping overall TCO to a minimum. Since the company was not spending time developing a custom GNSS/INS system, it could focus fully on its core technology. That is what allowed Xenomatix to take its business to the next level at such a high pace.

In November 2021, the XenoTrack road scanner, with AsteRx SBi3 inside, was announced the winner of the Global Road Achievement Award for its innovative road scanning and surveying solutions.