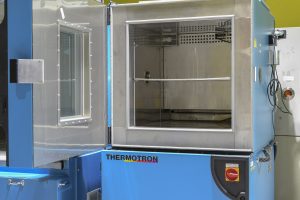 Since the introduction of first mass-produced car, the Ford Model-T, the automotive industry has witnessed a series of continuous technical breakthroughs and innovations. Starting with the improvements in engine and transmission technology to the incremental inclusion of sensors and electronics, cars have come a long way from the four wheels and a carriage they used to be.

Thanks to the fast-paced research and development undertaken by the world’s largest automotive manufacturers, the dream of autonomous vehicles has materialized into reality.

Modern day cars are not exactly the simplistic mechanical metal-boxes which they appear to be at the first glance. Rather, under the hood, modern vehicles are quite sophisticated computer-assisted electromechanical systems. 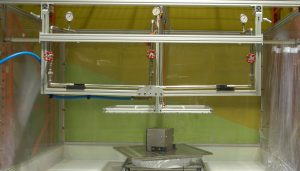 Electronic subsystems in cars will only continue to grow

With the introduction of cutting-edge automotive technologies by manufacturers such as Tesla, General Motors and BMW, it is evident that the future of the automotive industry lies in autonomous vehicles. As time goes on and technology develops, we can expect the number of electronic sub-systems in autonomous electric vehicles will continue to grow; not only that, but these systems will become more complex and integral to the basic function of the vehicle.

Autonomous vehicles depend heavily on camera systems, ultrasonic sensors and GPS in order to gain spatial and situational awareness. These cars need even more powerful processing power for the implementation of advanced AI and ML related algorithms. Other than the electronic systems, these advanced cars also need cutting edge power electronic converters, drives and batteries in order to squeeze maximum performance and efficiency out of the system; these advanced electric systems are part of the reason that electric and autonomous vehicles are technologically possible in the 21st century.

Reliability testing has been long set in the consumer automotive space, with auto manufacturers mandated to meet global and regional standards in order to certify products for sale.

One of the most important durability preparations for a manufacturer to do is to create a degree of resistance towards dust and liquids for the electronic components inside the car – this is called ingress protection (IP). The IP rating of an electrical or electronic enclosure refers to the degree of protection offered against external solids and liquids.

It is a well-known fact that moisture, liquids and dust particles can damage or corrode the electrical / electronic components. That’s why products that are destined to be installed outside or used underwater carry an IP code that illustrates how protected against liquid and solid ingress they are.

Table of IPX9/9K comparison and parameters

In the automotive industry, manufacturers utilize IPX9 & IPX9K jet spray tests as dictated by IEC 60529 (Degrees of protection provided by enclosures) & ISO 20653 (Road vehicles — Degrees of protection). The IPX9/K series of tests subject samples to temperatures of almost 180°F and pressures of up to 1450PSI, the product is subjected to a tremendous amount of stress for those two minutes; rubber and plastic parts often deform during testing.

We’ve discussed how proactive environmental protection is critical for the safe and reliable operation of electrical and electronic systems. This is particularly true for the systems which are deployed outdoors as these systems are much more exposed to the elements of nature. Automobiles also fall under the category of outdoor machines and therefore require thorough testing and in greater intensity and scrutiny than ever before.

Cars and vehicles must have safety critical systems due to the human cargo they transport. Legally, it is the responsibility of the automotive manufacturers to ensure that all cars are compliant with all the safety related standards.

Automotive manufacturers perform a series of tests on their cars in order to make sure that these vehicles are compliant with relevant codes and pass the set performance criterion. Some common automotive tests include:

Safety is one of the foremost considerations during the design and development of any kind of machine or system. Future vehicle technologies are rapidly growing but still nascent, making proper testing of electronic systems more critical than has been necessary in the past. As technologies are developed it is up to manufacturers and standards authors to come to consensus on the best way to protect consumers in consumer automotive vehicles.

As the automotive industry moves towards increased adoption of autonomous vehicles, the dependence on electronic systems will continue to grow and expand. This means that the future cars will continue to utilize increasingly complex & numerous electronic/electrical systems.

On one hand the autonomous cars eliminate the room for human error and negligence. On the other hand, autonomous vehicles are susceptible to bugs, errors and glitches which can lead to disastrous results. As a direct effect, environmental durability testing, such as ingress protection, vibration testing, corrosion testing & temperature testing will come to the forefront of consumer awareness.