An unlikely tale: Wearables heading for success in IIoT 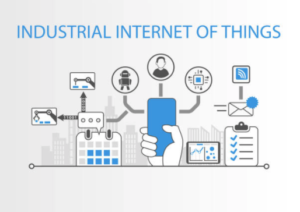 Wearables might have become firmly entrenched in consumers minds, but in the world of IIoT they have been sidelined due to a host of practical and operational complexities. However, as Industry 4.0 technologies evolve, wearables in IIoT have changed course dramatically.

A perennial talking point in the consumer market, wearables were initially widely heralded as the most visible and most successful face of IoT – until it became clear that initial interest had slowed. This was due to a variety of factors, including the usual ‘new technology’ overhype, battery technology, fragmented connectivity and data standards, and a lack of compelling applications. While the world of Industrial Internet of Things (IIoT) might have very different frames of reference, the same challenges resulted in a similarly low level of uptake for industrial wearables.

If the glove fits

Despite a slow start, as battery, display and connectivity technologies have evolved in parallel with wider IIoT deployments, wearables in IIoT have begun a resurgence. One example is industrial wearables firm ProGlove, a startup from 2014 that has just closed a €36 million investment round. The company’s scanner glove might sound like blue-sky thinking – a hands-free barcode scanning device that provides direct feedback to the user via optical, haptic and acoustic signals – except it has been deployed by Audi, BMW, Bosch, Daimler, DHL and Lufthansa Technik. Because of the cumbersome nature of traditional warehousing and fulfillment barcode scanners, baking their functionality into a glove saves up to four seconds per scan, according to ProGlove, an efficiency improvement of up to 50% for some ProGlove customers.

The promise of low-power displays has been well-acknowledged in IIoT environments, from smart warehousing to fulfillment applications, but a combination of battery life and cost implications has restricted market growth. However, a new take on the scenario from Ossia, E-PEAS & E Ink shows an encouraging direction of travel. The trio of companies have developed a wirelessly-powered Electronic Paper Display prototype that is entirely battery free, designed for dynamic environments. This could include electronic shelf labels for retailers and warehouse use, digital signage, logistics tags and distributed sensor networks to name but a few. The companies plan to release the technology for commercial use by the end of next year.

Another solution to the problem of portable, connected industrial displays is Virtual Reality (VR) and Augmented Reality (AR), two ‘emerging’ technologies that have been on the cusp of widespread adoption for some time. However, inroads are being made, with commercial VR headsets being used in applications from aircraft maintenance to F1 pit crew training. DAQRI’s industrially-targeted VR headset is designed to provide a valuable overlay of AR data to industrial settings, enabling workers to have operating manuals immediately available, for example, to highlight which valve requires maintenance, or to have a remote expert guide them in repairing a specific module. As more industrial settings incorporate IIoT sensors to provide this type of operational data, it requires little imagination to see the value in intuitively visualising cloud-based, contextualised data in the field.

Safety is one of the major standout themes in IIoT wearables, especially in North America and Europe, where a tight regulatory environment makes automated approaches to compliance highly desirable.

Employee tracking might sound somewhat draconian in an office setting, but when the frame of reference is shifted to heavy construction or mining style applications it seems much more sensible. Even more practical, attaching battery-free rugged devices (such as Opal) to key items of PPE such as hardhats or safety vests means that not only are workers easily accounted for on larger construction sites, but the system also mitigates potential personal data issues by not tracking individuals offsite. In the event of an emergency or evacuation this type of technology saves valuable time in determining that all workers are safe, as well as ensuring that individuals are not working too many hours, as accident rates can rise when tiredness kicks in.

Beyond basic tracking of construction workers, companies such as Eleksen have created smart PPE devices with additional sensors that monitor noise, gas and other environmental factors. This data is streamed back to a central hub to monitor safety as well as build up a complete picture of the work environment, especially valuable in high-risk oil and gas industries.

Aside from individual sensors, broader approaches to health, safety, and environment (HSE) compliance are becoming increasingly widespread, with suites such as IBM Maximo Worker Insights delivering wearable device monitoring, as well as an overlay of predictive context that can reduce workplace incidents. One interesting example from IBM is using wearable decibel meters to monitor exposure to loud noises for individual technicians, so that potential impact can be measured and the correct PPE issued. The problem being particularly relevant for mobile workers such as engineers or inspectors, who come into contact with high levels of noise irregularly, but at degrees that may well have a cumulative effect that would be near-impossible to measure in any other way. 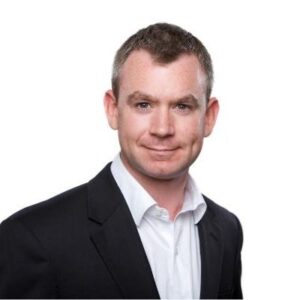 While consumer wearables continue to seek out ‘killer applications’, the same is not true of IIoT wearables. A host of use cases already exist, and as the supporting environment matures many of these niches are being filled with positive results. As the move to Industry 4.0 gathers pace, it is clear that creating intuitive interfaces for workers on the ground in order for them to benefit from the increasing volume of valuable cloud data is only going to rise in importance. The IIoT wearables are coming – and this time they are here to stay.

Martin Keenan is the Technical Director at Avnet Abacus, which assists and informs design engineers in the latest technological advances. With the IoT and Industry 4.0 changing manufacturing, Avnet Abacus helps designers find the best technological fit for their industrial applications, and accelerates the process all the way from idea to market.