Stellantis CEO Carlos Tavares says his company has to work on cutting costs globally in order to keep electric vehicles affordable for the middle class. Among the cuts are reducing the number of the automaker’s factories because electric vehicles cost about 40% more than those powered by gasoline.

Without cost reductions, EVs will be too expensive for the middle class, shrinking the market and driving costs up more, Tavares told reporters Thursday at the CES gadget show in Las Vegas. 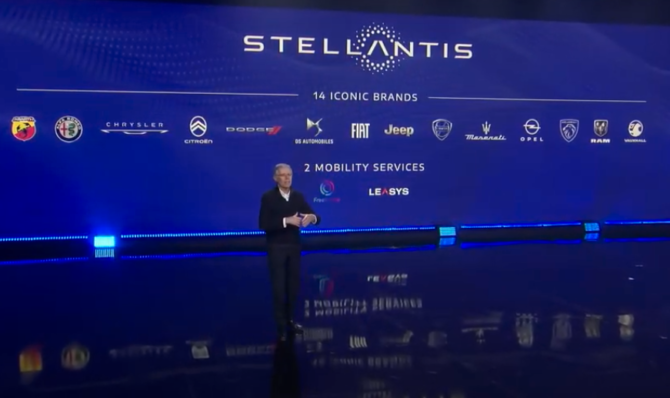 In a keynote address at CES this week, Stellantis CEO Carlos Tavares says his company has to work on cutting costs globally in order to keep electric vehicles affordable for the middle class. Source: Stellantis

“If the size of the market shrinks, you are back to square one because you are reducing the efficiency and effectiveness of your manufacturing operation,” he said. “You go from hero to zero in three years if you stop working on costs.”

Stellantis began the factory reduction process in the U.S. last month when it announced plans to idle its plant in Belvidere, Illinois. In February, it plans to lay off about 1,350 people at the plant indefinitely. The plant about 70 miles (110 kilometers) northwest of Chicago now makes the Jeep Cherokee small SUV but has no new vehicle allocated to it. Tavares said he’s not certain about costs going up or whether Belvidere will be closed, but said Stellantis must be prepared for a shrinking auto market globally.

“We’ll see how things move in the next few months,” he said, adding that a significant economic slowdown won’t help the Belvidere plant. But he said that if the economy comes back strongly, there’s no recession and consumers are still buying vehicles, “Then we’ll adapt our decisions.” He said worries about electric vehicle affordability extend to Italy, France, Spain, Greece and other European counties “which means we need to accelerate the cost reduction on that technology to make it more affordable.”

Stellantis, he said, has seen its production costs rise, especially raw materials and because of the shortage of computer chips. It has to cut fixed, variable and distribution costs to offset those, plus the increased cost of EVs. Otherwise vehicles will be too expensive or profit margins will drop, Tavares said.

“Are we sure that we will not need the (factory) capacity? No, we are not sure,” he said. “If you keep for a signification amount of time capacity that you don’t use, you put yourself in trouble. That’s what experience shows. So you need to continually adjust your capacity to your needs.”