U.S. new vehicle sales tumbled more than 21% in the second quarter compared with a year ago as the global semiconductor shortage continued to cause production problems for the industry. Yet demand still outstripped supply from April through June, even with $5 per gallon gasoline, high inflation and rising interest rates. The low supply has raised prices to record levels, knocking many consumers out of the new-vehicle market.

Edmunds.com said that automakers sold 3.49 million vehicles during the quarter, nearly 933,000 fewer than the same period last year. J.D. Power estimates that the average sales price of a new vehicle for the first six months of the year hit nearly $45,000, a record that is 17.5% higher than a year ago. Edmunds.com reported that 12.7% of consumers who financed a new vehicle in June had monthly payments of $1,000 or more.

At General Motors, which reported a 15% sales drop, shortages of chips and other parts forced the company to build 95,000 vehicles without one part or another. The incomplete vehicles are expected to be finished and sold by the end of the year. Jack Hollis, head of Toyota sales in North America, said the chip shortage didn’t improve as much as the company expected in the first half of the year, and he doesn’t see it getting much better until next summer.

“Every microchip producer is producing at maximum speed because they have maximum demand,” Hollis said. “There is no catching up going on. It’s actually falling behind.” 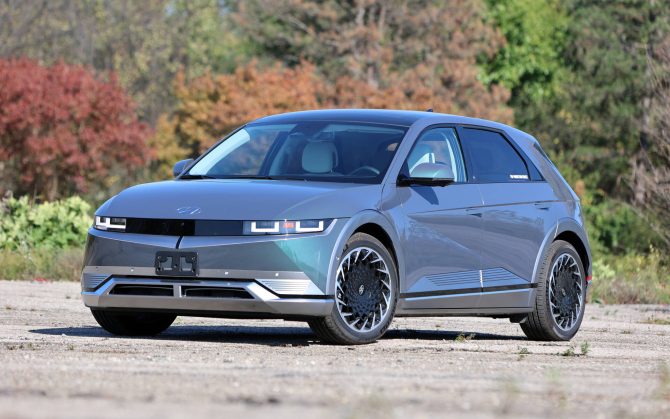 Toyota sales were down 19% for the first half of the year and they fell 18% in June. That allowed GM to pass the Japanese company and retake the crown as the top-selling automaker in the U.S., a title GM lost last year. Stellantis, formerly Fiat Chrysler, posted a 16% sales decline. Honda’s second-quarter sales fell by more than half, with the company blaming “severe” supply chain issues. Nissan sales dropped nearly 39% for the quarter, and Hyundai posted a 23% sales dip.

Most automakers were reporting sales figures on Friday, but Tesla is likely to do so this weekend and Ford won’t report until Tuesday. Edmunds predicted that nearly 3.5 million new vehicles were sold last quarter in the U.S., 20.8% fewer than the same period a year ago. Edmunds expects inventory shortages to continue for the foreseeable future, frustrating auto buyers.

“The majority of consumers who are purchasing vehicles in these conditions are either in a financial position where money is less of a consideration or are doing so out of absolute necessity,” said Edmunds analyst Jessica Caldwell.

Toyota’s Hollis said that demand remains exceptionally strong, especially for more efficient gas-electric hybrid vehicles, and the company’s electric vehicle, the BZ4x. Hybrids and plug-ins accounted for about 27% of Toyota’s sales in June, following a rising trend, he said. But supply problems are limiting inventory and sales, Hollis said. The company started June with 9,000 vehicles on dealer lots and ended the month with about 8,500, he said. Vehicles are being sold within 36 hours of arriving at dealers.

Hyundai announced that it would stop selling its Accent and Veloster small cars in the U.S., furthering the trend of automakers cutting car models as SUVs have become America’s favourite body style. Randy Parker, head of sales for Hyundai Motor America, said he expects the chip shortage to gradually get better this year, predicting a 30% production increase over last year.

The company’s main electric vehicle, the Ioniq 5, is selling strong, with nearly 7,500 delivered in the second quarter, Parker said. But smaller, fuel-efficient gasoline vehicles don’t appear to be faring as well. Hyundai’s Elantra compact car saw a 44% sales drop during the quarter, but is sales were halted for a time due to a safety recall issue. Honda’s Civic sales fell 54% during the first half, and Toyota’s Corolla compact car sales dropped 25% from January through June.