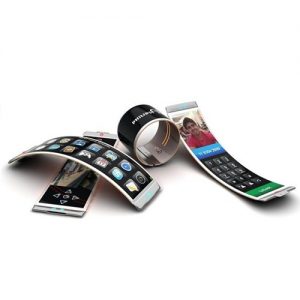 C3Nano Inc. anticipates taking another leap forward with its recent introduction of a new material for flexible touchscreen displays.

A global provider of silver nanowire-based transparent conductive inks and films used in flexible displays and touchscreens, Silicon Valley-based C3Nano has rolled-out its new ActiveGrid Gen7 ink, which delivers enhanced clarity, conductivity and flexibility. C3Nano has been shipping inks to serve the display market for years, but its latest product delivers 50% less haze compared to the previous ink generation, according to a company release on the product.

The ActiveGrid Gen7 ink provides improved conductivity from 30-100 ohm/sq. and the flexibility to withstand more than a million bend cycles, the firm says. The ink is now available for volume shipments to customers. 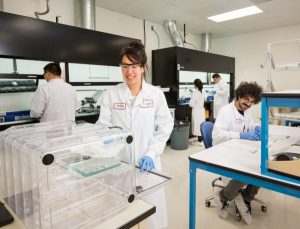 C3Nano calls its NanoGlue technology the secret to its ability to consistently deliver improved ink generations year after year. To obtain less dense films without junction resistance, C3Nano uses its patented NanoGlue technology to fuse the junctions of silver nanowires, creating a more transparent grid that yields superior clarity and conductivity while supporting the flexibility needed for today’s and tomorrow’s consumer display products.

The firm currently holds more than 20 core patents with an additional 45 pending, covering its NanoGlue technology, nanomaterial synthesis, ink formulations, conductive films, and the use of conductive and patterned conductive films in a variety of devices and applications.