A new BC Hydro report finds British Columbians’ addiction to personal electronics has resulted in a 150 per cent increase in electricity use from small electronics since 1990. 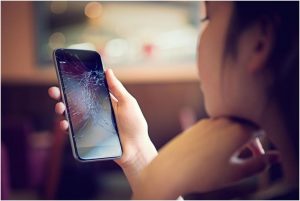 A new self-healing gel could make cracked phone screens a thing of the past. Picture: iStock

“Over the past decade, there has been a dramatic shift in how people use power in their homes. The popularity of small personal electronics – like smartphones, laptops and tablets – is driving this trend,” said Chris O’Riley, BC Hydro’s President and Chief Operating Officer. “While none of these devices use a lot a power individually, taken together, household electricity use from these devices has increased from 7 percent to 17 per cent since the early 1990s.”

The report titled “Constantly Connected: B.C.’s obsession with personal electronics and how it’s shifting household electricity use” found more than three-quarters of British Columbians own a smartphone and spend, on average, 4.7 hours a day on their device. In addition, the number of tablets in B.C. households has increased by more than 200 per cent since 2010.

British Columbians are addicted to their smartphones and tablets

A recent survey commissioned by BC Hydro shows just how addicted British Columbians are to their smartphones and tablets:

With British Columbians already spending so much time on their phones, tablets and laptops, smart home products present a new way to pair devices and manage household electricity use from one place. Nearly 50 per cent of those surveyed said they are interested in purchasing a smart home product within the next year and of those that have purchased one, said they were motivated by the potential to reduce home energy costs.

To help British Columbians reduce their household electricity use, BC Hydro is offering rebates and deals on select energy-efficient electronics, appliances and smart products between Oct.1 and Nov. 11, 2018. Full details and lists of eligible products can be found at powersmart.ca.