The DragonFly 2020 3D Printer will allow users to build functional, multilayer circuit board prototypes in-house in a matter of hours.

The capability of rapidly producing functional multilayer pcb prototypes using 3D printing is new to the printed electronics design and manufacturing industry. The current standard subtractive manufacturing of pcbs is a multi-stage, labor and material-intensive process, and is so costly and time consuming that electronics designers requiring prototypes resort to outsourcing. 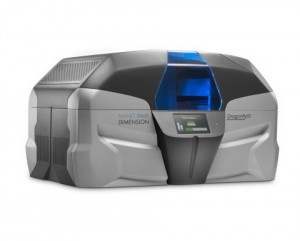 The DragonFly 2020 3D Printer is a three-axis inkjet printer; its benefits and attributes include:

* Reduced PCB design and test cycles, from months or weeks to days.

* A greener alternative to standard PCB production since it is a cleaner process with no waste.

“For designers and engineers looking for ultra-rapid prototyping of pcbs, our 3D printer is a significant leap forward. The DragonFly 3D Printer eliminates the frustration they face when they reach the prototyping and testing stage,” says Simon Fried, chief marketing officer at Nano Dimension. “Moving their work from design to a prototype at an off-site printing facility might take weeks for the pcb to be ordered, produced and shipped. If further iterations are needed, it’s back to the prototyping house for another cycle. In today’s competitive electronics markets, unforeseeable and costly delays during PCB development can significantly slow time-to-market.”

The DragonFly 2020 3D Printer is targeted for commercial availability during the second half of 2016.