Touted to have some of the highest quality and reliability scores, even in the most challenging conditions, Orbital Research continues to manufacture high-performance frequency converters and RF components for the satellite communications industry. Their products support customers in military, aeronautical, satellite news gathering and other satellite industries.

The firm also represents another highlight in an impressive group of satellite communications companies that have been founded out west. West Tech Report recently had the opportunity to chat with Ian McEachern, CEO of Orbital Research, an experienced engineer that has worked in the past for Telesat, MPR Teltech, Norsat International at different stages of his career. In our conversation he shared how Orbital caught his eye, how the company is growing, and how the pandemic has impacted the firm’s sales cycle.

Canada launched its first satellite, the Alouette, in 1962, making Canada the third country in the world to have a satellite in orbit, after the Soviet Union and the United States. The Alouette was an atmospheric studies satellite that was unfortunately unreliable because the signals are often disrupted due to the effects of aurora borealis. Perhaps in response to this, in 1972, Telesat Canada launched the first domestic communications satellite in the world. 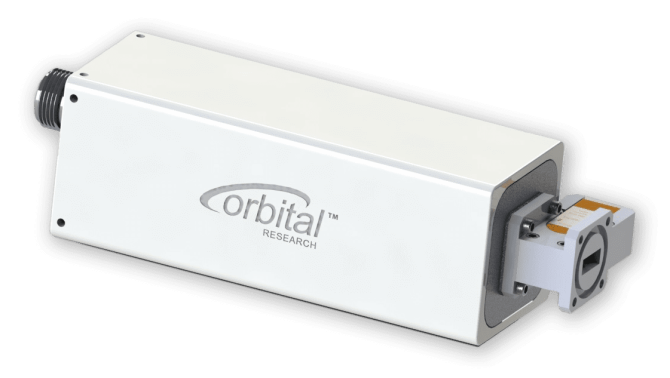 “A large earth station was built in Cowichan, BC, to allow for connections between eastern Canada and the west and also link into the undersea cables and international satellites,” explains McEachern. “Later that decade, the satellite started being used to get entertainment into remote communities and work camps. At that time Orbital Research founder, Mike Stevens launched a company that went on to be Norsat International Inc and started building and installing satellite receive stations.”

From consultant to owner

BC, like the rest of Canada, has a lot of remote areas. BC Telecom developed and installed satellite dishes throughout the province in order to provide telephone service to remote areas. All this is to say that there is an ecosystem that has developed into a thriving satellite communications industry. Fast forward to five years ago when McEachern acquired Orbital – based on his trust its potential. He’s had been working with them as a consultant, working with designs, and really believed in the company’s path. He also understood that they were constrained due to quality systems such as ISO, and by solving this, he would improve the value of the company.

“We created more structured operations, we hired operations people to run ISO 9001 processes, and systemize how products were built. And, those hunches were correct. We almost doubled the revenue before the pandemic, and we are still on an upward trajectory,” McEachern adds. “Moving forward, I’m especially excited about how the industry is at a crossroads. Small satellites are causing a paradigm shift. They are much less expensive to launch and build, which means there will be more opportunities moving forward in small satellite communications.”

In the past decade Orbital has grown from a small business with fvie people working out of their garages to more than 25 people and a 10,000 square-foot facility.

“Our space includes a clean room, advance pick and place assembly line, R&D labs with thermal chambers, RF Shielded rooms, and the requisite assembly of test equipment. We received our ISO9001 certification a few years ago and are now completing our AS9100D certification,” boasts McEachern. 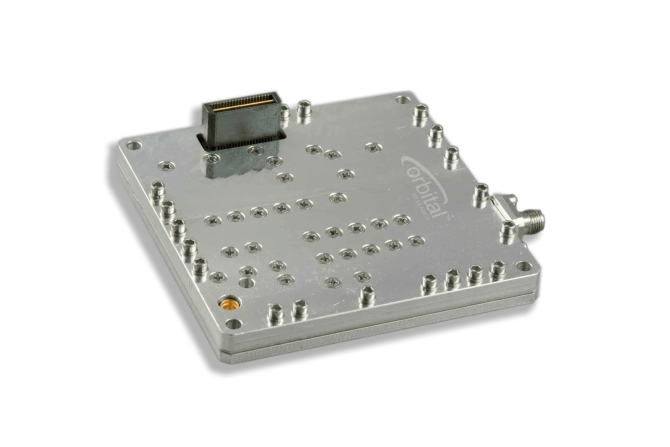 Orbital have grown its product lines from a few proprietary and white labeled products to a whole line of proprietary high-performance Low Noise Block down converters (LNBs).

“Our converters have been designed to be easily customizable and the biggest pain point we typically solve is where the customer needs something just a little different than standard,” states McEachern. “Our LNBs typically have the lowest noise figure and the lowest phase noise in the class and industry.”

Pandemic delayed a number of projects

This translates to faster download speeds, with wider and more reliable coverage, even in inclement weather conditions. It isn’t always rosy, however. The pandemic delayed a number of projects, as customers could not enter the sites where the installation of equipment is housed. However, with restrictions on foreign travel mostly lifted – international projects seem to be picking-up again. Furthermore, following two years devoid of face-to-face activity – Orbital Research’s customers are clamouring back to see what new products are being offered.

“We are also starting to hear from our customers that they’re open to in-person meetings and visits,” says McEachern, while expounding on some new forthcoming products.

“Our newest frequency converter is a Wide Band KaLNB. In addition to being the highest performing LNB on the market it is also covers the entire KaBand downlink spectrum. This means that it can be used with any (KaBand) satellite anywhere in the world,” enthuses McEachern. “We have also put a higher performance processor on board that allows us to have an Ethernet interface for control and monitoring operation, another first in the industry.”

Through thick and thin, McEachern talked about the benefit of being a member of a roundtable of peer CEOs.

“It’s been a great experience where we all can share our experiences about running tech companies during troubling times,” he says. “I’ve been in the tech industry since I graduated in 1984. I still love learning new things every day, I enjoy mentoring new grads and our company really benefits from having young undergraduate coop students in for work terms the energy and the new perspectives have always had a positive influence in the company.”

To learn more, go to www.orbitalresearch.net.