The origin of Open Ocean Robotics can be traced back to Hurricane Vince, the most north-easterly Atlantic hurricane ever. In the midst of this tempest, in a small plywood rowboat, were Julie and Colin Angus. The newly engaged couple spent five months successfully completing the first human-powered row from mainland Europe to North America. 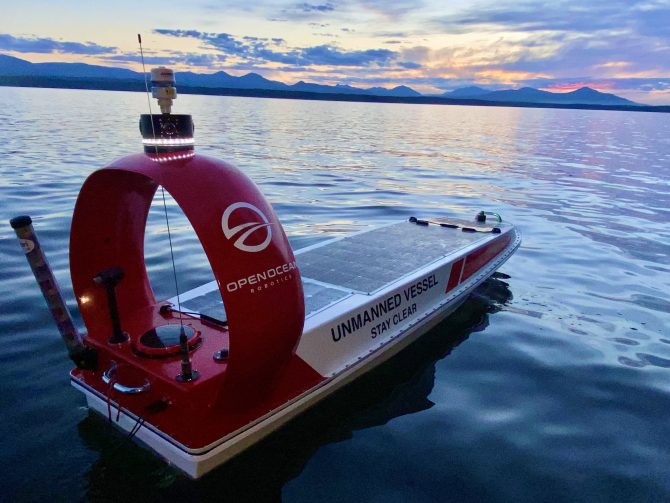 Open Oceans Robotics thinks its uncrewed, autonomous and solar-powered boats could be key to understanding our vastly unexplored oceans, enforcing illegal fishing and so much more.

From there, they partnered with National Geographic and Random House, and spent decades exploring remote parts of the world in rowboats, sailboats and white-water kayaks. After these adventures, they started their first boat company, Angus Rowboats, to hone their craft-building skills. Moved by their love and respect for the ocean, they decided to help protect coastal waters from abuses such as oil spills, trafficking, and illegal fishing by starting Open Ocean Robotics in 2019.

Plan to grow to 500 staff in five years

Their aim is to protect the oceans using autonomous uncrewed solar-powered vessels to patrol coastal waters to collect data, crack down on illegal activities, detect oil spills, and monitor climate change. With nearly $5 Million raised from investors and grants, the pair just received another $300,000 by capturing a top prize at the NexStream 2.0 Tech Challenge.

West Coast Report recently had the opportunity to meet virtually with Julie Angus about uncrewed service vehicles (USVs), how Open Ocean Robotics plan to grow to 500 staff in five years, and the many applications that exist for autonomous, zero-emission boats. 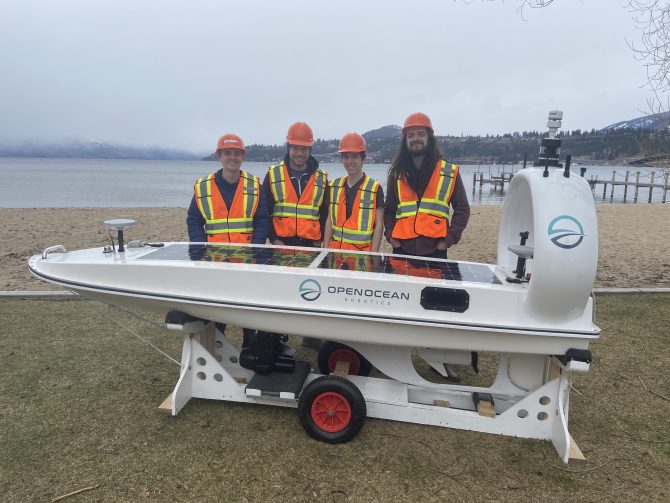 Angus explains that, constructed with composite glass carbon fiber, their 12-foot USV is light enough that two persons can carry it, but big enough to harness sufficient solar energy to be sea-worthy. The craft’s design gives it great self-righting ability, while minimizing drag and optimizing energy input. Perhaps, in short, their vessels can become the roving eye of the ocean, as they can be deployed six months at a time.

The only USV company in Canada

The firm is headquartered next to the ocean in Victoria, BC, providing direct access to the ocean.

“This has allowed us to test our boat when we need to, getting instant and actionable insights to constantly improve and develop our product, says Angus. “We also proudly represent Canada as one of the only USV companies in the country.” Canada has more shoreline than any other nation, without a sufficient population to properly patrol and monitor these waters. 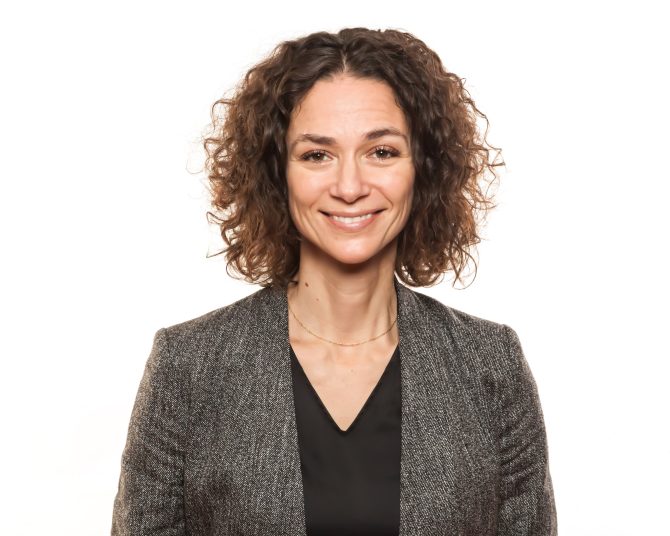 Open Ocean Robotics’ path hasn’t been without challenges. Starting up a year before a worldwide pandemic forced them to adjust to new funding programs and juggle priorities, especially in the face of parts shortages that any OEM can relate to, explains Angus.

“COVID has been devastating for many of us… For us personally, and many thanks to the help of the government in COVID grants and loans, we have been fortunate enough to advance our technology despite the global pandemic.”

There were even projects that were nearly cancelled, and they had to pivot where necessary. This included offering to conduct trials and projects in domestic Canadian waters.

“There were instances where international projects were at risk of failing, but we planned and found new ways to deliver,” Angus adds. The firm hired remote teams, and leaned on new perspectives in order to communicate and remain agile. Thankfully they source mostly Canadian oceanographic sensors, and they have relied heavily on virtual meetings to maintain collaborative teamwork during the pandemic.

To learn more about how they provide real-time data analytics to monitor, protect, and more sustainably operate on our ocean, go to openoceanrobotics.com.