The miniaturization of electronic products continues to drive printed circuit board (pcb) manufacturing towards smaller and more densely packed boards with increased electronic capabilities. With virtually every electronic device containing at least one pcb, they are a modern marvel and one of the most disruptive†innovations of the last one hundred years.

Pcbs consist of sub components responsible for running electronic devices such as computers, smartphones, smart watches, medical examination devices, dialysis machines, military grade radars, and a range of other commercial and industrial products. They are comprised of glass-fabricated plastic on which circuits are printed with copper tracks where the individual electronic components are then soldered to the interconnecting circuits. With all the wiring and components fixed, theyíre easier to maintain than manually designed circuits and because theyíre designed with computers using specialized design software, they are compact in size and the chances of errors are next to zero. Since the copper tracks are embedded on the board, there are minimal chances of short circuits – except when in contact with water.

Whether submersion, a splash or even fog, printed circuit boards are particularly sensitive to liquid exposure. Because of their delicate nature, electronics manufacturers are challenged to find reliable, economical and high-performance materials that minimizes or mitigates the damage that compromises safety and operation of electronic devices. Increasingly designers want to build fluid protection into the design to ensure product performance and reduce device failures. As a result of claims by several leading mobile phone brands, consumers are now looking for water resistance and protection as a feature of new and improved devices. 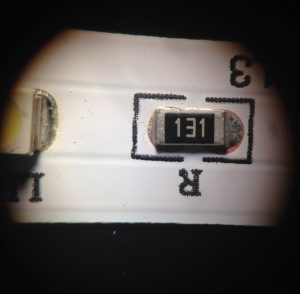 Unsealed electronics are also problematic when exposed to dust. When left unpowered in a humid environment, dust absorbs moisture from the air, which can cause corrosion. It’s more likely, however, for corrosion to manifest itself at power-up – and when it does, dendrites form and creates a short circuit within seconds.

In the last few years, engineers have tried several means for sealing devices. Those water-resistance product offerings generally fall into two categories: solution based hydro/oleophobic conformal coatings that repels fluids, but require some level of masking or ‘keep-out’ areas; and vacuum-deposited coatings, which also require masking, such as parylene-based treatments.

Waterproof epoxies are available in the market but they are not specifically used for pcbs. They are not comprised of metal additives, and hence, reduce the chances of short-circuiting. Although, they possess excellent chemical and abrasion resistance, they can cause stress on components during thermal extremes. Due to fluctuating temperatures during the application process it can cause considerable drift in viscosities and difficulties in controlling cure times and inconsistencies in coating thicknesses.

Waxing is a method that’s also been used in electronic devices. Industrial wax is heated till it is melted, and the board is dipped into the wax. When the wax cools it becomes watertight. However, it works well enough on rigid boards, but not on flexible circuits. 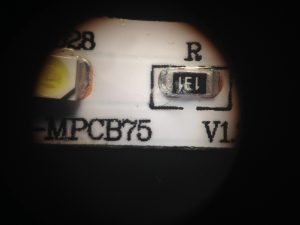 Fig 2: LED Light treated with silicone after being powered up at 12 volts and immersed in water- Corrosion evident.

Liquid electrical tape is yet another method. It uses a rubber coating that is designed to provide electrical insulation for electronic devices, which is applied over connectors and solder. However, liquid electrical tape makes minimal bond with most surfaces, rather it bonds to itself to surround an item. Eventually, water or dust can creep in especially along wire connections.

These processes are tedious, complex and can be expensive, and more importantly they are not effective in protecting the critical components of electronic equipment. Consumers have had to rely on specialty cases to protect their devices, which take away from the integrity and functionality of the design.

In the ever-evolving pcb market, a ‘no mask’ category of surface treatments has emerged. Hydro/oleophobic coatings can be applied inline at the manufacturer, and their performance, ease of use, and range of treatments meet manufacturers’ requirements for performance, thickness, application and economics. These new technologies eliminate the need for costly capital investments and mitigate the bottlenecking batch process of vacuum-based manufacturing or masking operations.

There are technologies on the market today that provide water protection from humidity to full water immersion for any number of consumer electronics including cell phones, hearing aids, Bluetooth devices and household ‘smart’ electronics.

The IPX standard rating provides a clearer picture of how water resistant a component is compared to vague marketing terms such as ‘waterproof’. In IPX testing which ranges from IPX0, or not water-resistant at all to IPX8, the ultimate protection against accidental water damage, up to immersion in water over a three-meter depth.

In an experiment for efficacy, coatings were applied to printed circuit boards with electrical test patterns. The circuit boards were connected to an external power supply and maintained at a constant voltage while using a digital ammeter to measure current across the electrodes. Using a modification of the IPX7 testing standard, powered test boards were immersed in water or salt water for an extended time at a variety of voltages. 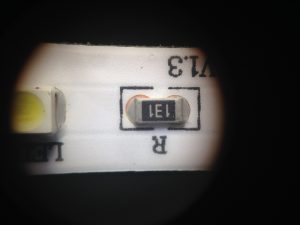 Fig 3: LED Light treated with next generation hydrophobic treatment after being powered up at 12 volts and immersed in water – No corrosion.

The circuit’s current was measured while immersed and charted to determine the effect of the water on the circuitry. Increases in the measured current are due to the development of a conductive path (essentially making an electrochemical circuit) through the water medium between the two electrodes. Successful inhibition of such conduction is achieved by coatings providing a barrier to ion migration. Additionally three strips of tin coated stainless steel were dip coated with each a nano-enabled coating and the conductivity measured over time to demonstrate whether or not coatings prevented push through electrical connections.

IPC-Association Connecting Electronics Industries approved printed test boards were chosen, as recommended in the guidelines for testing solder masks and conformal coatings. Boards were cut vertically to isolate the E and F patterns, then to maintain testing uniformity, pattern F was used for immersion testing. Prior to coating, the boards were cleaned with Ionox I3416 Cleaning Solvent, rinsed with IPA then blown dry with compressed air to remove any common contaminants such as flux residues, dust or other particulates.

The water immersion test was based on the IPX7 test standard established by the International Electrotechnical Commission (IEC), a stringent test of the resistance of coated boards towards direct exposure to water. An unpowered electronic device was immersed in one meter of water for 30 minutes. After the 30 minutes, the device was removed and the power turned on. Another modification to test at more rigorous levels than IPX7 was immersion in electrically conductive 5% aqueous sodium chloride. This modification approximates extremely aggressive ‘real world’ conditions like sweat immersion. Seawater averages 3.5% and sweat contains even less salinity.

Using a BK Precision dc power supply model 1670A a constant voltage of 3, 6, and 12 volts was applied to the test pattern. The development of current flow across the open comb F test pattern during the 60-minute immersion test was then measured with a Vernier Energy Sensor. After 60 minutes, the board was removed, rinsed with water and evaluated.

While the IPX7 standards call for the immersion of finished devices in water, tests were performed on exposed boards to remove the effect of a specific devices’ geometry on the utility of the coatings for water-proofing electronics. Additional modifications beyond enclosure removal were made to the IPX7 protocol to make testing more aggressive: 1) immersing in water or salt water, 2) delivering several different voltages to the circuitry during testing and 3) increasing the immersion interval time to 60 minutes. In every test condition, coated sample boards demonstrated a significant reduction in the amount of corrosion and degradation of the metal traces compared to uncoated samples boards.

Uncoated test boards were visibly corroded and conducted significant energy when immersed with applied potential in both water and salt water. Test boards that were coated with waterproofing technology showed negligible current flow and minimal to no copper loss even after 60 minutes immersion. The coatings inhibited ion migration (and therefore conductive path formation) even with high applied potentials and an electrically-conductive fluid.

Given the increase of liquid damages and the high cost of smartphones, phone repair has developed from a do-it-yourself and hope-it-works environment to a multi-billion dollar industry. The issue remains, however, how to repair phones that have been water damaged. The answer is with a syringe application. After disassembling and replacing the defective component, waterproofing technology can be applied via syringe to impart waterproofing properties to connectors.