How women in engineering are leading crazy-smart ideas

By Dianne Kibbey, global head of community and social media for the element14 Community  May 12, 2021

A discussion with Véronique Lainé about women in tech, the element14 community and anti-performance

Hopping from one video call to the next, I was thrilled to shake up my work-from-home routine to chat with Société de Transport de Montreal (STM) software analyst and gadget mastermind Véronique Lainé. A dynamic member of Canada’s design engineer community, she said something early on in our conversation that resonated with me:

Lainé went on to explain that when she was a young girl, she would spend days watching her father weld, repair and fiddle with side projects, captivated by his crazy, smart ideas. 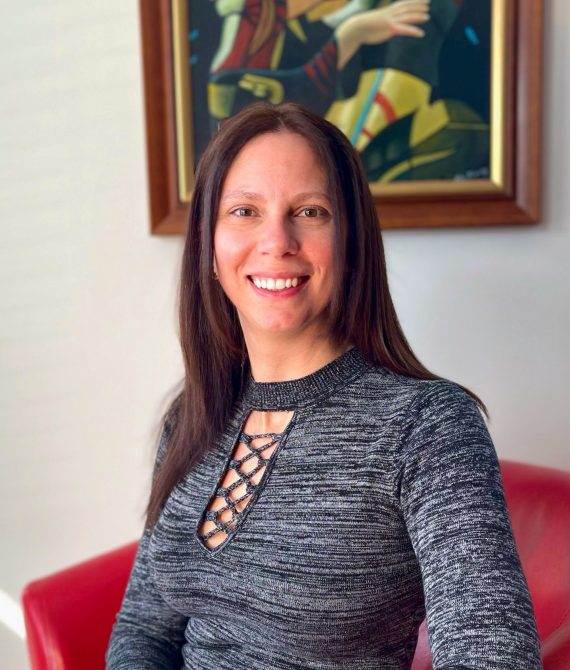 “He didn’t like the monotony of doing something over and over,” she said, “including rocking my baby sister to sleep.” Before hands-free, automatic baby rockers were available for purchase, Lainé’s father came up with the idea to connect her sister’s cradle to a turntable with a pencil, mechanizing the rocking motion.

“To see all these small parts that, when assembled, could make something useful fascinated me,” she recalled with a smile reaching across her face.

“Strange Gifts for a Girl:” Women in STEM

For every holiday and birthday thereafter, Lainé asked for presents like an electronic projects lab or a tool set equipped with a screwdriver, wrench and hammer — things Véronique remembers were considered “strange gifts for a girl.”

Today, women make up nearly half the workforce, but are still widely underrepresented in Science Technology, Engineering and Mathematics (STEM) careers. A survey from Microsoft found young girls who show interest in STEM-related activities and subjects lose interest by the time they’re 15 – most likely due to social expectations, gender stereotypes and a lack of existing role models.

It’s something Véronique noticed as a kid. “It was hard for me to play with and do activities with other girls because they weren’t interested in the same things as me,” she said.

And it stayed with her early on in her career. “When you’re working in hardware or coding, there are far less women.”

Now a software analyst at the Société de Transport de Montreal (STM), a public transportation agency where she’s worked for nearly 11 years, Lainé has noticed the engineering workforce today more accurately reflects our diverse society. “My team now is very diverse, and I work with a lot of women,” she exclaimed. “This is becoming more and more true and it makes for an enjoyable environment.”

How to be an Anti-Performer

While serving on an innovation board at work, Lainé and her colleagues had the crazy idea to reverse-engineer a Near Field Communication (NFC) card, which allows consumers to rent a BIXI bike with an OPUS card, and has improved customer service as station clerks can now read customers’ cards directly from their mobile devices. “After a few weeks at home with an NFC card and my mobile phone, I was able to decode it and expose the API,” she recounted.

Lainé’s digital detection ignited innovative projects at STM, including renting a BIXI using an OPUS card. Bixi is the shared bike network, which boasts more than 8,000 bikes at 660 stations across Montreal and the surrounding area. “To this day, we are still using this solution as the foundation for other projects.”

The lure of reverse-engineering is part of what Lainé calls being an anti-performer: The belief that one should set out to explore ideas, fail and fail again without the pressure of solving anything on the first or second try. And least of all, without the pressure to be perfect.

“Once in your life, you might create a genius idea that ends with a bright future, but if not, you will have a lot of fun just trying,” Lainé said.

This viewpoint harkens back to her father. He encouraged her passions, and possibly without knowing it, exhibited a contrarian outlook on established biases that still ring true today – all girls want to be ballerinas, and boys are better than girls at math and science.

“He never seemed surprised by the fact he had a girl who showed interest in science, mechanics and electronics,” Lainé reasoned, while shrugging her shoulders matter-of-factly.

A New Slogan to Live By: Just Try Things

The question remains: How do our education systems, companies and broader communities combat deeply-held preconceptions and instead foster curiosity? Lainé’s answer is rather simple: Just try things.

Her philosophy, while reminiscent of Nike’s famous slogan, “Just Do It,” is a bit more forgiving. “Parents need to go beyond their child’s performance and emphasize the importance of trying new things.”

Lainé shared this zest for scientific exploration with her own two daughters. “My kids tried swimming lessons, gymnastics, baseball, rock climbing, coding camps…” she listed off. “The goal was for them to find their passion.”

And they did. Lainé’s youngest served in the army cadets, and is now an aspiring policewoman. The oldest enjoys the sciences, like her mother and grandfather before her, and wants to become a dentist.

element14: Outside the Inventor’s box

As for Lainé, it seems she never stops trying. In addition to raising two daughters and leading a successful career, she also became an active member of the global design engineer community, element14, which is 750,000 members strong.

It’s here that Lainé can explore outside of the inventor’s box and engage with like-minded people. A few products she’s tested out and reviewed include the Raspberry Pi compute module, and GraspIO Cloudio, a part-hardware and part-software platform that offers the ability to quickly build IoT and robotics.

The element14 community inspired Lainé’s summer side project. It involves a sprinkler system and a weather API that would automatically water outdoor plants and lawns based on weather predictions and ground saturation – just so Lainé doesn’t have to keep guessing when to water her plants.

Crazy, smart idea, much like her father’s pencil and turntable baby rocker.

“It all comes from him,” she said, stressing how eternally grateful she is. “To be passionate about and still love my job, I think this is what we’re supposed to do.”