Designing and managing a surveillance system

It’s late at night when an alarm is triggered at a large-scale data centre. Surveillance cameras have detected a man walking along a perimeter fence. The video management system (VMS) sends an alert to the on-duty security guard who surveys the area only to discover a man walking his dog. The system worked, but not as well as it might have. The false alarm wasted time and effort, taking the guard away from his post. Imagine the same scenario, but with more advanced cameras that detect the man but also recognize that he is walking a dog. 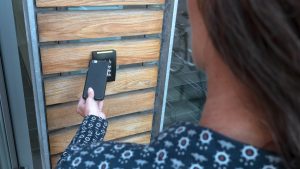 Now suppose this man isn’t just any man, he’s a terminated employee on the company’s black list. If a system is in place that can identify him by comparing him to a database of known people, the alarm it triggers this time could be critical, particularly if the individual is considered a security risk.

Technological trends in the surveillance industry have made cameras smarter, with their own computers, operating systems, CPUs, and memory, so that analytics can be run onboard, at the source.

This is largely due to extensive research and development in areas such as powerful new compression technologies, like Zipstream which can reduce storage and bandwidth requirements by 50 per cent, while not compromising forensic information such as faces, tattoos or license plates. Data collected for security purposes can translate into business intelligence. If you can reliably detect people or vehicles, you can count them, record what time of the day they passed by and collect demographic information like gender – all of which has interesting applications for smart cities, urban planners, and marketers. Going one step further, by combining that data set with contemporaneous purchasing information, you can get actionable insights that can inform decision-making. Data is powerful, and the uses of it are only beginning to be explored. But it all starts with surveillance and security.

No matter the size of the company or the sensitivity of its data, all businesses need a reliable security system and putting one in place is more straightforward than ever. 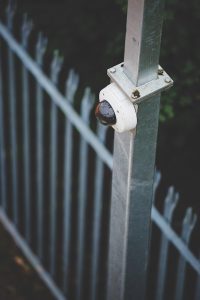 Regardless of the complexity, a surveillance system starts with basic building blocks – cameras – which not only monitor and record but also interpret video footage in real time. The requirements for surveillance can range from a single camera set-up in a retail location to a network of cameras monitoring a toxic clean-up site or remote wind power turbines. Systems can start small, and be scaled up as required, and they can be combined with existing equipment. They can be fully automated and hosted in the cloud, or fully staffed with data stored locally.

When designing a surveillance system, designers usually take a layered approach, identifying areas of risk and high value starting outside and working their way into the facility. Start with the perimeter installing radar detectors, motion detector sensors, thermal imaging or low-light cameras. That’s layer one, the first zone of protection.

There is an array of options available for perimeter protection. Radar detectors are useful for accurate breach detection, as they can detect objects such as people or vehicles while also tracking information such as speed, direction and size. Now tie that radar to a nearby pan, tilt zoom camera and you have a reliable and accurate automated tracking system. This takes the onus away from the human operator who has to manually try to track the target. Nuisance alarms stemming from rain, snow, insects or shadows are effectively eliminated.

Thermal image cameras are another popular choice. Thermal cameras will accurately detect body heat of an object even at very long distances far beyond what the human eye can see. Thermal cameras work by comparing the heat of a target to the background. Temperature differences can be detected to less than 0.5 C.

It is also possible to tie the events or outputs from these devices to smart network-based audio systems. This allows an audio deterrent to be played automatically, such as a loud siren or an automated recorded message, while simultaneously allowing the audio devices to be used for other purposes such as playing music or be used for paging.

If the goal is to control who comes and goes, you add access control, which can be manned or automated. People scan a key card, punch in an ID number or perhaps present a credential such as fingerprint or face which must match their profile in order to gain access. At that point, the person’s image has been captured, so their movement around the building can then be tracked with more access control devices and cameras.

Open IP standards allow surveillance cameras to easily connect with existing IT equipment onsite. Solutions are flexible and scalable and will work out of the box with existing routers, screens, computers and smartphones. Design tools assist in the process, suggest cameras, (including field of view and resolution), and storage. Once cameras are selected, installation is coordinated and verified by the VMS and remote monitoring of the system is done via the VMS portal and smartphones.

End-to-end systems are available for small to large businesses that wish to actively operate and staff its security system, but a newer option – security as a service – is available, where everything is fully hosted in the cloud. Cloud storage is an interesting alternative for smaller businesses looking for an efficient solution, or for companies with multiple sites, such as convenience store chains. The latest generation of cameras only send clean, filtered data to the cloud, avoiding the time and expense of sending large video files. This leverages the power in the cameras to do a lot of the pre-processing work. The more work that can be pushed out to the edge, the less needs to be done in the cloud, saving time and money. Axis partners offer a complete, hosted network video solution as a service. A cloud-based system means lower setup and deployment costs which in turn allows for the purchase of more cameras per location. Software updates can be delivered wirelessly, and remote monitoring and support means your provider can tell you if there’s a problem, such as a camera going down.

Cloud based systems are practical for smaller systems with several locations.

Managing and securing your system

One of the most important aspects, yet least considered, is cybersecurity. It’s important to recognize that cybersecurity is a process not a product. With this in mind, it is essential to keep firmware and software up to date, and each smart device should ideally be as airtight as possible to mitigate the risk of hacking. Just as you would add patches to Windows software or anti-virus software, there is a need to stay current to help minimize the threats in your system.

Beyond security updates, there are specialized tools to ensure everything’s running correctly, so if one component fails, you are messaged immediately, not six months later when there’s been no recording happening. In terms of life cycle management, many components might run for up to 11 years, but by the 5- to 7-year mark, there will have been huge technological changes that make an upgrade worthwhile. Finally, don’t overlook the day-to-day physical maintenance of equipment. Heat from infrared cameras attracts insects, so periodic inspections are wise.

Understanding the multiple layers needed in an efficient surveillance system will help business decide which solutions best serve their needs and operations. Hardware and software must be maintained and kept up to date to help keep up with growing and complicated challenges both in the company’s physical location and in the online world with growing cybersecurity threats.