PC trackpads get an upgrade 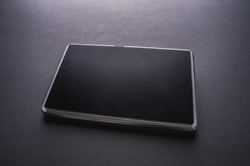 “PC OEMs have been slow to adopt haptic trackpads because of cost. Boréas solves that problem,” said Simon Chaput, founder and CEO, Boréas Technologies. “Based on the success of our first-gen Piezo Haptic Trackpad, which is starting production in premium models from some top-tier PC OEMs, we saw the need for a piezo haptic trackpad with the same features and performance—but at price that’s affordable for mid-range laptops and notebooks.