Kraken Robotics Inc., St. John’s NFLD, has been awarded a prime contract with the Government of Canada to provide Remote Mine-hunting and Disposal Systems (RMDS) for the Department of National Defense (DND). The contract consists of an estimated 24-month acquisition program followed by an initial five-year Integrated Logistics Support (ILS) program, which includes options for additional equipment, spare parts, training, and technical support. Formal contract signature and kickoff of the Acquisition program will occur in January 2023.

If all options in the Acquisition and ILS programs are selected, the total value will exceed $50 million, consisting of approximately $40 million for Acquisition and $10 million for ILS. Kraken expects margins on this program to be in line with our historical corporate averages. Progress payments will be made over the 24-month term of the acquisition contract. 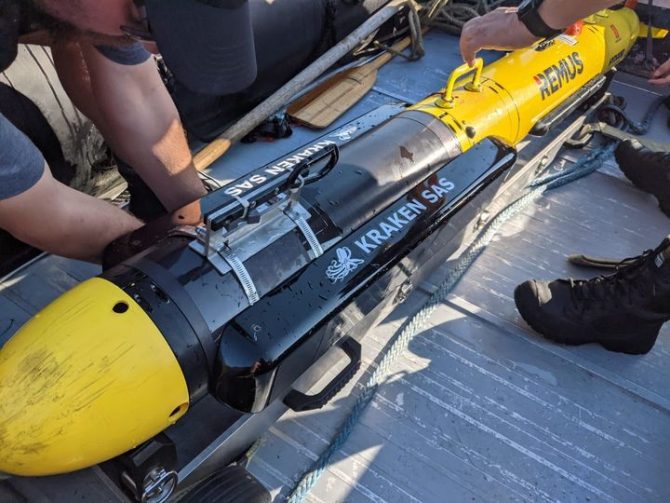 Under the program, Kraken will deliver remote mine-hunting and disposal systems to His Majesty’s Royal Canadian Navy on the East Coast (located in Halifax, Nova Scotia) and the West Coast (located in Esquimalt, British Columbia). The RMDS consists of two classes of Autonomous Underwater Vehicles (AUVs): Light Weight AUVs and Operator Portable AUVs, all of which will be equipped with Kraken’s AquaPix synthetic aperture sonar. The RMDS also includes a number of Combat-variant and Training-variant mine disposal systems (MDS), transportable command centre (TCC) and Computer-Based Trainer (CBT).