NuRAN Wireless Inc., a Quebec City-based supplier of mobile and broadband wireless infrastructure solutions, is pleased to announce an agreement for up to 1,000 sites with MTN Ivory Coast for the deployment of rural sites under the Network-as-a-Service (NaaS) business model in Ivory Coast.

The five-year agreement with MTN Ivory Coast is expected to be the Company’s second largest contract in terms of number of sites with the potential to generate over US $75 million in gross revenue over the course of five years. The contract includes an automatic renewal for an additional 5 years. 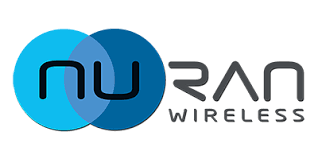 “We are extremely pleased to add Ivory Coast to our growing portfolio of African countries and to bring essential mobile connectivity to potentially over 3 million people. With the addition of these 1,000 sites, we have now reached 4,142 sites under contract and are quickly approaching our goal of 10,000 sites under contract within five years,” says NuRAN CEO Francis Letourneau. “NuRAN is proud to be at the forefront of our mission to bring essential mobile connectivity to those that need it most in a cost effective, profitable and an environmentally friendly manner,”

The estimated gross revenues are subject to among other things, associated project expenses including expenses associated with satellite bandwidth, site lease, network operations centre expenses, curative and preventative maintenance fees, project management and monitoring fees, financing for the build out of the sites and insurance. Fees for the NaaS services provided by NuRAN under the agreement are paid on a revenue sharing basis. The project is expected to support 2G and 3G with variety of site categories to cover different population densities and coverage areas.

Similar to the previously announced MTN Sudan and MTN Namibia agreements, NuRAN expects to retain the ownership of the infrastructure after the completion of the contract which potentially increases the value of the agreement substantively. Ownership of the infrastructure by NuRAN extends the potential for recurring revenue generation to over 25 years.