Samsung Electronics has made a first step into Canada’s telecommunications infrastructure market with a deal to supply Videotron with equipment for its new LTE Advanced and 5G wireless networks throughout Quebec. 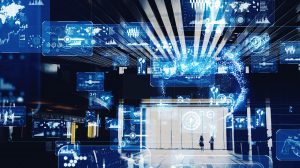 Videotron operates one of Canada’s four major regional wireless businesses in competition against the three big national carriers – Rogers, Bell and Telus, which have each spent billions in recent years to upgrade their networks.

Neither Videotron nor Samsung is disclosing financial terms of their agreement, which is seen as the beginning of a long-term relationship that has the potential to grow over time.

More than a decade to make an entry into Canada

The South Korean electronics and consumer goods giant has a wide range of products and components – from electronic chips to smartphones to household appliances – that are connected by ultra-fast wireless networks.

The head of networks for Samsung Canada, Stephen Wiktorski, says it has been preparing for more than a decade to make an entry into Canada, where Huawei, Ericsson and Nokia are the major suppliers for wireless networks.

He says Samsung’s first Canadian network contract is to supply radio units for Videotron’s cellphone towers but it hopes to eventually be chosen to supply its core network equipment and analytics technology in later phases.