Researchers have made a breakthrough in quantum technology development that has the potential to leave today’s supercomputers in the dust, opening the door to advances in fields including medicine, chemistry, cybersecurity and others that have been out of reach.

In a study published in the journal Nature on Jul. 13, researchers from Simon Fraser University in British Columbia said they found a way to create quantum computing processors in silicon chips.

Principal investigator Stephanie Simmons said they illuminated tiny imperfections on the silicon chips with intense beams of light. The defects in the silicon chips act as a carrier of information, she said. While the rest of the chip transmits the light, the tiny defect reflects it back and turns into a messenger, she said. 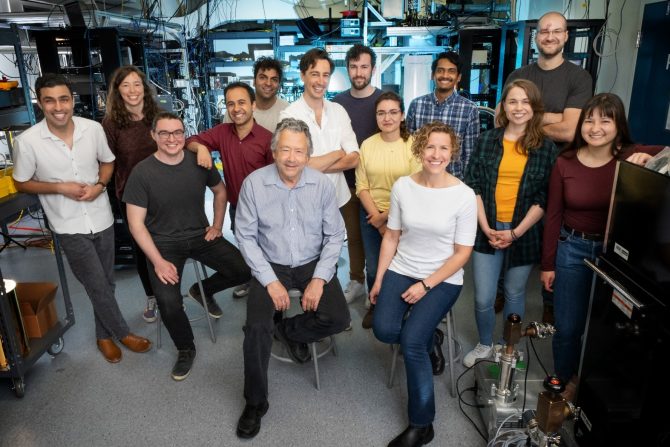 There are many naturally occurring imperfections in silicon. Some of these imperfections can act as quantum bits, or qubits. Scientists call those kinds of imperfections spin qubits. Past research has shown that silicon can produce some of the most stable and long-lived qubits in the industry.

Simmons, who is the university’s Canada Research Chair in silicon quantum technologies, said the main challenge with quantum computing was being able to send information to and from qubits.

Silicon defects were extensively studied from the 1970s through the ’90s while quantum physics has been researched for decades, said Higginbottom, who is a post-doctoral fellow at the university’s physics department.

The advantage of using silicon chips is that they are widely available, understood and have a giant manufacturing base, she said.

“We can really get it working and we should be able to move more quickly and hopefully bring that capability mainstream much faster.”