Canadian auto parts suppliers say the chip shortage that has created havoc in the industry and shortages at dealerships has been worse than expected and could continue to prove forecasts wrong. During quarterly earnings reports last week, suppliers revised down or eliminated production and revenue forecasts because the situation is so unpredictable.

“This is having a more dampening effect on production than many expected just a few months ago,” said Pat D’Eramo, chief executive of Martinrea International Inc., on an earnings call.

The parts producer decided not to release any third-quarter guidance because production schedules are so unclear. Suppliers are sometimes only getting a few days’ notice that their customer is shutting down, he said. 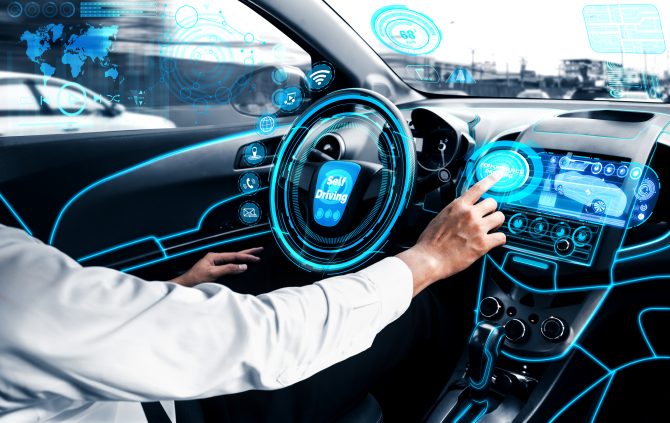 “Visibility is a week out in a lot of cases … a lot of products are hit and miss, run two weeks, stop a week, run four weeks, stop a week. And I think it’s going to be like that into the fourth quarter and maybe even a little bit, almost likely for sure into next year.”

Magna International Inc. said it now expects 1.6 million fewer vehicles built this year than what it had predicted only in May as the chip shortage has more impact than it expected.

“It is clear that the global semiconductor chip shortage has been and will be more impactful to 2021 than most in the industry anticipated earlier this year,” said company chief executive Seetarama (Swamy) Kotagiri.

In some cases cutting out some components entirely

The semiconductor chip shortage, like so many supply chain issues, came about largely because of the widespread shutdown in production last year because of COVID-19 that hasn’t ramped back up as fast as demand. Chips have been especially in high demand in consumer electronics as more people work from home, leaving the auto sector scrambling to get enough supply.

The shortage of chips that are necessary for the ever-increasing number of electronic components in vehicles has forced major automakers to cut back production, as well as focus supplies on larger, more profitable trucks and SUVs, building vehicles to later add missing parts, and in some cases cutting out some components entirely.

GM has cut back on features like wireless cellphone charging, smart mirrors, HD radio and some fuel-saving features in trucks as it tries to meet the strong customer demand at dealerships where lots are running near-empty. Customers so far aren’t too bothered by the cuts, said Dan Murray, general manager of Murray Chevrolet in Winnipeg.

Inventory’s so tight that pretty well everything is selling

“A lot of it is stuff they don’t really care about. I mean a heated steering wheel in Manitoba is an important option, so that’s one we don’t like to see, but for the most part customers have been OK with what’s been taken off.”

He said he’s pleased with how GM has responded, and demand is high enough that customers are accepting compromises, including waiting up to six weeks for the delivery of their vehicle. The dealership started July with only 29 vehicles on the lot, and ended up selling and delivering 78 in the month.

“Inventory’s so tight that pretty well everything is selling.”

The supply shortage could be around for some time as major auto producers say the situation remains fluid. Ford chief executive Jim Farley said on an earnings call that “my guess is as good as anybody’s on this” as he predicted the issues would continue into next year. The company was especially hit because of a fire at one of its major chip suppliers, while GM chief executive Mary Barra said new issues in supply are cropping up.

“We are seeing new challenges in the third quarter due to global COVID outbreaks, including the current outbreak in Malaysia resulting in closures of assembly, test and packaging facilities for semiconductors. This remains, as we said, a fluid and rapidly changing environment.”

In early August, GM announced it would even be shutting down some truck production, while the company’s CAMI plant in Ingersoll, Ont., that produces the Chevy Equinox has largely been shut down since February. The continued production cuts are worse than expected, said Linamar Corp. chief executive Linda Hasenfratz on an earnings call.

She noted that coming into the second quarter, the estimated global lost vehicle production would be 160,000 units, and it ended up being 2.6 million. The third quarter is now forecast to lose 1.27 million units, revised up from 50,000 in May, but she said she’s worried it will actually look closer to the second quarter in terms of impact.

“Be prepared for a bigger chip impact in terms of lost vehicle builds than is currently forecast by the industry folks out there. We could be being overly cautious here, but we are concerned by the pattern of underestimation that we have seen.”