The future of quantum computing may depend on the further development and understanding of semiconductor materials known as transition metal dichalcogenides (TMDCs). These atomically thin materials develop unique and useful electrical, mechanical, and optical properties when they are manipulated by pressure, light, or temperature.

In research published recently in Nature Communications, engineers from Rensselaer Polytechnic Institute demonstrated how, when the TMDC materials they make are stacked in a particular geometry, the interaction that occurs between particles gives researchers more control over the devices’ properties. Specifically, the interaction between electrons becomes so strong that they form a new structure known as a correlated insulating state. This is an important step, researchers said, toward developing quantum emitters needed for future quantum simulation and computing.

“There is something exciting going on,” said Sufei Shi, an assistant professor of chemical and biological engineering at Rensselaer, who led this work. “One of the quantum degrees of freedom that we hope to use in quantum computing is enhanced when this correlated state exists.” 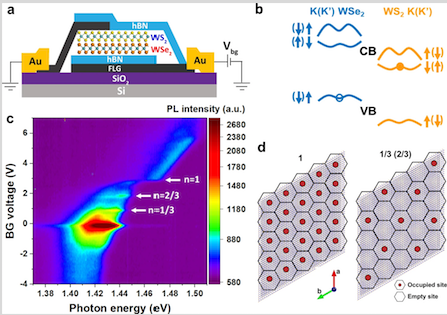 Much of Shi’s research has focused on gaining a better understanding of the potential of the exciton, which is formed when an electron, excited by light, bonds with a hole — a positively charged version of the electron. Shi and his team have demonstrated this phenomenon in TMDC devices made of layers of Tungsten disulfide (WS2) and Tungsten diselenide (WSe2). Recently, the team also observed the creation of an interlayer exciton, which is formed when an electron and hole exist in two different layers of material. The benefit of this type of exciton, Shi said, is that it holds a longer lifetime and responds more significantly to an electric field — giving researchers greater ability to manipulate its properties.

In their latest research, Shi and his team showed how, by stacking TMDCs in a particular manner, they can develop a lattice known as a moiré superlattice. Picture two sheets of paper stacked on top of one another, each with the same pattern of hexagons cut out of them. If you were to shift the angle of one of the pieces of paper, the hexagons would no longer perfectly match up. The new formation is similar to that of a moiré superlattice. 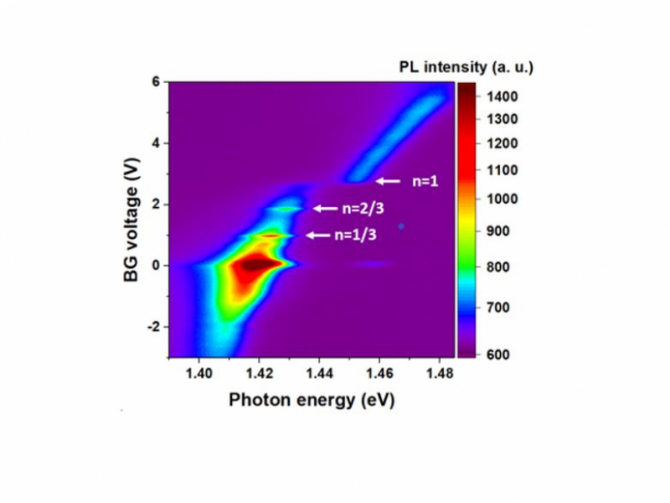 The benefit of such a geometry, Shi said, is that it encourages electrons and interlayer excitons to bond together, further increasing the amount of control researchers have over the excitons themselves. This discovery, Shi said, is an important step toward developing quantum emitters that will be needed for future quantum simulation and quantum computing. 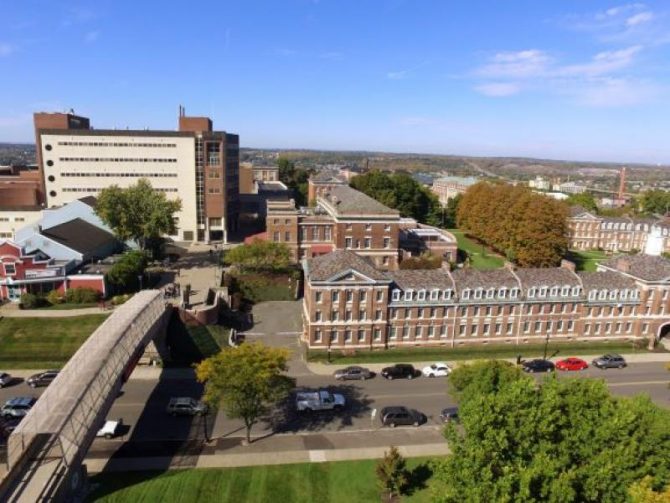 Shi said his team’s collaboration with the Center for Materials, Devices, and Integrated Systems at Rensselaer has enabled the development of the TMDC devices needed to study these atomically small interactions. This serves as an example of the interdisciplinary model that drives education and research at Rensselaer.

Founded in 1824, Rensselaer Polytechnic Institute is America’s first technological research university. Rensselaer encompasses five schools, 32 research centers, more than 145 academic programs, and a dynamic community made up of more than 7,600 students and more than 100,000 living alumni.