Both initiatives are similar, in that they aim to combine cloud resources with newly deployed 5G network infrastructure

Unforeseen technical, commercial and regulatory hurdles could result in slower than envisaged deployment of 5G in 2020, as well as sluggish development timeframes. The coming year is likely to bring progress with 5G and edge computing but expect that progress to be gradual and not without its challenges, says GlobalData, a leading data and analytics company. 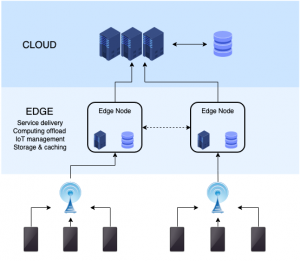 Two separate new partnership initiatives, one from AT&T/Microsoft and one from Verizon/Amazon, illustrate the extent to which 5G mobile communications and its technological cousin edge computing is finally edging towards becoming a reality. Both initiatives are similar, in that they aim to combine cloud resources with newly deployed 5G network infrastructure and position those resources close to places where low-latency and high-performance apps will be developed and consumed. However, it is still early days for both initiatives, whose long-term success will depend on issues such as the sort of digital services new 5G and edge computing platforms enable, and the development of business models to support them.

Both were still unrealized technologies of the future last year

Chris Drake, Technology Analyst at GlobalData, comments: “Just last year, 5G mobile communications and edge computing were still unrealized technologies of the future, along with many of the digital services and applications they promise to enable such as autonomous cars, virtual reality (VR) and augmented reality (AR).”

Two important announcements from the past couple of weeks illustrate how quickly 5G and edge computing might become a reality. Firstly AT&T and Microsoft have announced an initiative that will see Microsoft make its Azure-branded cloud services available within edge locations on AT&T’s newly deployed 5G network. This will ensure that Microsoft’s cloud infrastructure can be used to support the development and delivery of new digital services at locations that are geographically closer to consumer and business devices, including Internet of Things (IoT) end-points. Making Microsoft’s cloud infrastructure available at the edge of 5G networks means that data generated by IoT sensors, and new services such as VR and AR, can be processed at higher speeds and delivered with higher levels of performance.

Just days after the AT&T/Microsoft announcement, Verizon and Amazon Web Services (AWS) unveiled plans to introduce a new 5G edge computing architecture that will allow AWS developers to build digital applications by accessing AWS compute and storage services at the edge of Verizon’s 5G network. Verizon will host AWS’s new service, AWS Wavelength, which will provide the tools and resources to help developers create applications requiring ultra-low latency, close to the places where those applications will be consumed.

Initiatives are still at the pilot stage

Drake continued: “Both the AT&T/Microsoft and the Verizon/AWS initiatives are still at the pilot stage and only available to a limited number of customers within limited geographies. AWS has a similar partnership initiative in Europe with Vodafone, which is also hosting AWS Wavelength at the edge of its 5G network to support new service innovation. It too, however, is currently limited in scope and will focus on the UK and Germany.

“It is still early days to assess the wider market and competitive impact of these initiatives. 5G rollouts just began in 2019 and it will take several years for coverage to reach par with 4G long-term evolution (LTE) networks. The success of these initiatives in the long term will depend partly on the sort of new digital services and applications they go on to enable. Success will also depend on the business and pricing models that accompany new content and service innovations.”