CEO of HP Canada says “our lack of innovation is evident”

The head of HP Canada says the country is not investing enough in the technology sector to become a global leader in the space. 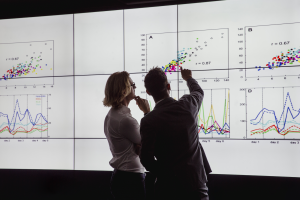 Division president and CEO Mary Ann Yule says Canada has a “dismal” record on research and development, ranked 34 in technology development spending globally, while R&D spending of 1.6 per cent of GDP is below the global average of two per cent and less than half of leaders like the U.S.

“Our lack of innovation is evident, and can be seen in our dismal R&D investments,” said Yule, speaking at the Elevate tech conference in Toronto Tuesday.

Private capital investment is too low

She said that private capital investment is too low, and both the private and public sectors have to step up.

“We Canadians must take more ownership of our economic future. We need more local investment in business development, and I mean both public and private money.”

She also said that while Canada has one of the best-educated workforces, there needs to be more investment in skills training.

“We can’t sit back and expect the marketplace alone to drive skills training.”

Gov’t is investing in a range of tech training

Finance Minister Bill Morneau, who was also speaking at Elevate, said the government is investing in a range of tech training and skills development, such as a program that allows workers to collect employment insurance while they take training courses of up to four weeks. He says the government has also been making a variety of investments in the sector, including the digital technology supercluster based in B.C.

Asked about how the tech sector might fare in a downturn, Morneau said the federal government was well placed financially to respond with the lowest amount of debt as a function of the economy of any G7 country.

“We have a capacity to think about how we respond to economic downturns better than all of those other G7 countries, better than most OECD countries.”