Apple Inc., Cupertino CA, announced a voluntary recall of a limited number of older generation 15-inch MacBook Pro units which contain a battery that may overheat and pose a safety risk.

The recall does not affect any other 15-inch MacBook Pro units or other Mac notebooks. The company says there are a “limited number” of affected units, sold between September 2015 and February 2017. 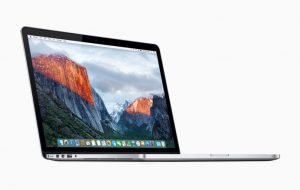 Customers can get an affected 15-inch MacBook Pro battery replaced, free of charge.

Keeping customer safety is a top priority, Apple is asking customers to stop using affected 15-inch MacBook Pro units. Customers have been asked to visit Apple’s support website for details on product eligibility and how to have a battery replaced, free of charge.

In the past, Samsung Electronics Co Ltd scrapped its Galaxy Note 7, less than two months since its launch, after the phones caught fire due to battery explosion.