Apple chief executive Tim Cook is visiting Canada for the first time, stopping in for an unannounced appearance with Toronto students to promote the company’s initiative to focus on coding education. 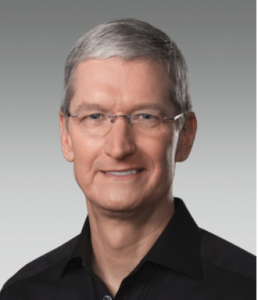 Cook, who surprised a class of children taking coding lessons at Apple’s Eaton Centre location, says he could feel the creativity and diversity Canada has to offer as soon as he stepped off the plane. The Canadian visit follows a tour of a school in the United Kingdom, as part of a whistle stop tour of Europe, where Apple has launched its “Everyone Can Code” curriculum in several schools.

Cook says its important to “democratize coding” and teaching it in schools is the best way to do that. Apple says there are more than 120,000 Canadians working on applications for its app store.

The CEO’s tour to promote the benefits of Apple technology comes after the company recently came under fire from shareholders for not doing enough to ensure children do not become addicted to its devices.