Mexico rises as a global hub for innovation

Through greater investment in R&D and education, and by encouraging a tech-enabled society, Mexico’s economy has the potential to gain more than $245 billion in cumulative gross domestic product (GDP) growth through 2025. Demographic advantages peaking in the next decade and improved start-up support will lay the foundation for a robust culture of innovation. Even though R&D spending has been higher in countries like the US, Korea, the UK, and Singapore, in the last six years, growth of new start-ups led by 18- to 64-year-olds has been highest in Mexico. Indeed, since 2010, the number of Mexico’s tech start-ups has tripled. 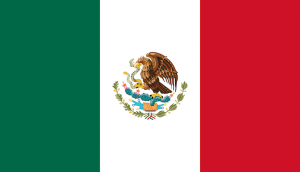 “Mexico’s performance in innovation has strengthened over the past few years due to steady reforms and government policies,” said Richard Sear, Partner and Senior Vice President at Frost & Sullivan. “This has led to pro-private investment schemes, encouraging multinationals and local players to view Mexico as a viable hub for emerging technologies, such as Artificial Intelligence (AI), the Industrial Internet of Things (IIoT), and cybersecurity. With continued support from the new administration, Mexico can become a pioneer of innovation across Latin America (LATAM) and the globe.”

Frost & Sullivan’s recent analysis, supported by Cisco, The Future of Mexico—A Global Hub for Innovation, analyzes the social, technological, and economic factors influencing a culture of innovation in the country.

“With the largest fintech ecosystem in LATAM, Mexico is capable of building multiple start-up hubs in cities such as Mexico City, Guadalajara, Monterrey, and Tijuana,” noted Sear. “In 2018, the number of fintechs crossed 300, strengthening the country’s position as the second-most vital fintech ecosystem in the region.”

Due to a surge in emerging technologies, traditional industries are reinventing themselves. Mexico is well positioned to be LATAM’s innovation leader in emerging areas such as electric vehicles (EVs), 4G/5G telecommunications rollout, and affordable, smart, and green housing, as well as in established industries such as tourism and medical devices. Other important trends that are driving Mexico’s growth as an innovation hub include: