Other, less talked-about elements of the old NAFTA deal will have more of an impact on North America’s Flexible and Hybrid Electronics (FHE) sector

After months of negotiations, posturing, and rhetoric, North American negotiators finally have a new trade deal in place. Barring the unexpected, once ratified the USMCA will replace NAFTA as North America’s governing trade pact. 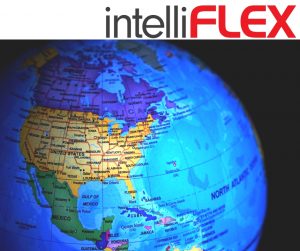 Media on both sides of the border have, unsurprisingly, focused on big-ticket provisions like rules for automakers and dairy farmers. But other, less talked-about elements of the USMCA will have more of an impact on North America’s Flexible and Hybrid Electronics (FHE) sector – so much so, that we couldn’t get to everything in this article (we’ve included a list of items at the end that were beyond our scope).

Negotiators agreed to various new provisions and “modernizations” on digital trade, e-commerce, and intellectual property, among other things. And though the electronics industry wasn’t directly addressed in the agreement, several elements of the USMCA will no doubt affect the industry and its companies in significant ways.

Here are the top four ways the USMCA will affect intelliFLEX members:

Flexible and Hybrid Electronics (FHE) can be added to a wide range of products such as packaging, retail displays, automotive parts, apparel, and medical devices. It’s worth noting our investigation didn’t extend to vertical market applications where there may have been other, more specific rules agreed upon. We have also not received any indication on how FHE input materials and/or equipment may be impacted.

Each company is encouraged to consult with Global Affairs Canada if they have specific questions on their industry or products.

Although the USMCA has been drafted, it’s still a long way from the finish line. Mexican President Enrique Pena Nieto must sign the deal before handing power to his successor on Dec. 1, and the U.S. Congress must study the deal for 60 days before that country can sign off.

As for Canadian ratification, the deal must be tabled in Parliament for 21 sitting days of discussion. The government then needs to table implementation legislation, which must work its way through both chambers of Parliament. It’s not expected to come into force until 2019.