Thermoelectric generator capable of charging wearables and other devices

The technology developed by the ETH spin-off Mithras Technology wouldn’t be out of place in a science fiction movie: the user’s own body heat powers what is known as a thermoelectric generator to charge wearables and other electronic devices.

Hearing aids are extremely practical. But elderly wearers, who have to replace the tiny little batteries every two weeks, often find them quite fiddly to handle. Not only does changing the batteries make demands on their fine motor skills, it’s a task that tends to get forgotten every now and then. What if hearing aids could be made to work completely autonomously, with no need for maintenance? Just how realistic a prospect is that? 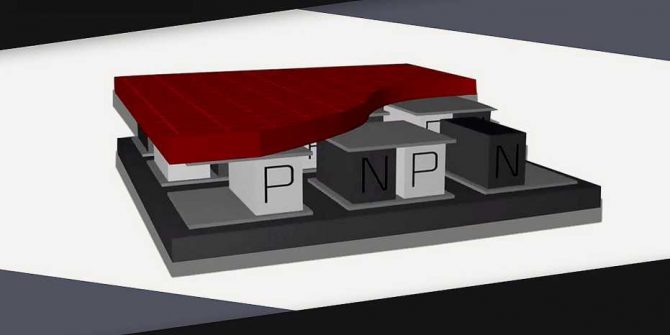 The core of Mithras technology, the thermoelectric foil, consists of a sequence of semiconductor elements connected with conductive metal. At the top (in red) is the thermal interface. (Source: Mithras Technology)

The ETH spin-off Mithras Technology has the answer. Founded in November 2018, the young tech startup is thinking big: its two founders, Franco Membrini and Moritz Thielen, want devices to run on environmentally friendly, decentralized power. Their approach is simple – use the human body as an energy source.

On average, human bodies continuously radiate about 100 watts of thermal energy, most of which gets absorbed by the immediate environment. It is precisely this “wasted” energy that Mithras now proposes to harness. The company wants to convert heat into electricity via thermoelectric generators, or TEGs. One side of the TEG is in contact with the body, the other with the environment. The device converts the temperature difference between its two sides into electricity that can be stored in a battery. TEGs can produce emission-​free electricity even when the temperature difference is as small as one degree.

Currently, the founders of Mithras Technology are still in the prototyping phase. Their work builds on Thielen’s doctoral thesis; he earned a doctorate in micro- and nanosystems at ETH Zurich and is one of only a handful of specialists in this field.

The Mithras team has developed two concepts for how to wear TEG sensors on the body: as a standalone wearable worn like a wristwatch, or as a solution integrated into a mobile device. The only prerequisite for electricity generation is that the device is worn directly on the body. One possible application of their technology in the consumer sector is in fitness trackers that function completely autonomously with an integrated TEG system. “It doesn’t matter if you’re drinking coffee, exercising or sleeping – as long as the TEGs can ‘tap into’ your body heat, the battery will charge on its own,” Membrini explains.

The ties between Mithras Technology and ETH

Working entirely alone, however, Membrini and Thielen were unable to commercialize the technology, so they turned to various coaches and advisory boards for support. Without the advice they received, they could never have implemented the Mithras vision. They also brought Michele Magno, a research associate at the Department of Information Technology and Electrical Engineering, on board as a third partner. “Gaining the label of ‘ETH spin-​off’ from ETH Transfer was a technological accolade for us,” Membrini says. ETH certification led investors to take the project seriously; the founders gained access to important infrastructure and were able to tap into a large network. “A project like ours would be hard to undertake without the support of ETH,” Membrini says. 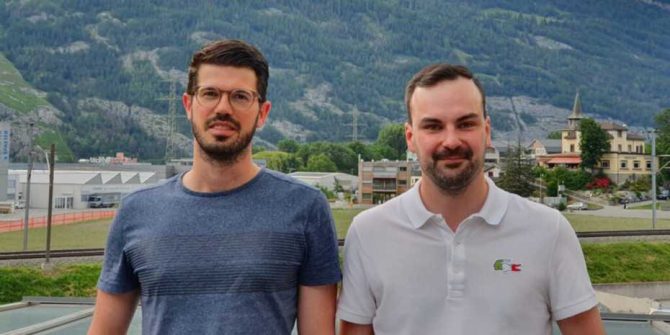 The Mithras team had to overcome many technical hurdles during the development phase. The devices need to be not only as compact as possible and easy to use, but also waterproof, so that they work even when people sweat. Only TEGs that meet all these criteria can be installed in smaller devices such as a biosensor without any problems.

From history to technology

This technology might sound like something from the distant future, but the idea is not entirely new. Thermoelectric effects were first described by Thomas Johann Seebeck in 1822. He found that a compass needle will move as soon as it is placed close to two metal compounds at different temperatures. The conversion of heat into electricity later became known as the “Seebeck effect” and describes one aspect of the physical processes we know today as the thermoelectric effect.

The question is, how does a historian like Membrini end up founding a tech startup and developing new ways to harness energy? “It’s the result of a long-​drawn-out process of development. You don’t just get up one morning and think: today I’ll found a startup,” Membrini says. Even as a child in Graubünden, he wanted to start his own business someday. His curiosity served him well when one day, while searching around for a business idea, he came across the topic of human body energy harvesting. “From the beginning, I saw a lot of potential in this form of decentralized power generation,” Membrini says.

The key to success

Without the support of his partner Thielen, however, the entire project would have failed to get off the ground. As the idea took shape in his head, Membrini needed a co-founder who knew about the science behind generating power from body heat. “Moritz’s willingness to join in was the first milestone,” Membrini says of his partner.

Since then, the two have gone through some eventful times. “In enthusiastic moments, you think: two years from now, I will have conquered the world! A couple of days later, you ask yourself: oh God, what have I got myself into?” Membrini recalls.

Gazing into a crystal ball

After successfully concluding their seed investor round, the Mithras team is now ready to really get down to business. They aim to launch their first product in the fourth quarter of 2021. Their sights are on the medtech sector: in future, they want to incorporate Mithras technology into hearing aids, insulin pumps and other medical devices. “Our technology has dozens of possible applications,” Membrini says. The team’s initial focus is on biosensors for monitoring bodily functions. This will work via what are known as smart patches, which are applied to the body. “They would be the first devices of their kind to run purely on body heat,” Membrini explains.

ETH Zürich is a public research university in the city of Zürich, Switzerland, founded by the Swiss Federal Government in 1854.