As most designers recognize – Lithium-ion batteries are light and compact. Compared to other rechargeable batteries Li-ion has high energy density and low self-discharge rate. You should know that Lithium-ion now powers the majority of modern portable electronic devices from mobile phones to hybrid and electric vehicles. 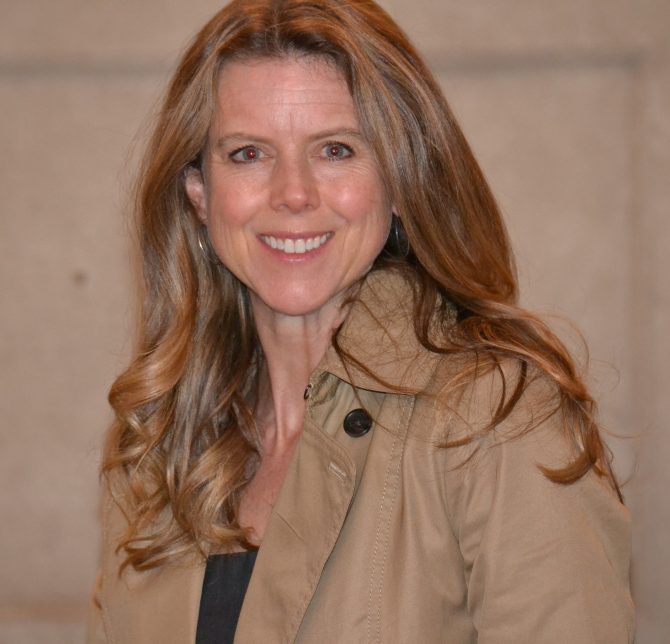 Amanda Hall, founder and CEO of Summit Nanotech, is striving to transform the mining process of lithium.

Thus, the proliferation of mobile devices, gadgets, and e-vehicles has created skyrocketing demand for lithium. It is estimated that by 2025, lithium demand will increase to five times today’s levels. To be sure, lithium-ion technology has the potential to mitigate climate change by displacing the use of fossil fuels and reducing CO2 emission, but its mining and extraction practices do have a negative environmental impact.

For these reasons, I was keen to acquaint myself with a firm that uses clean extraction practices. I recently had the opportunity to speak with Amanda Hall, CEO and founder of Summit Nanotech, a Calgary-based start-up that is striving to transform the mining industry, allowing it to use more sustainable, efficient, and effective processes.

“This company was born from experience gained in the oil, gas and potash mining sectors in Western Canada. Lithium extraction is very much like oil extraction, except that have we thankfully have no hydrocarbons in our brine,” says Hall.

Hall’s team has developed a technology that extracts lithium from raw brine, creating a high purity lithium chemical to sell to battery manufacturers. They are doing this using electronics such as sensors, control panels, and automation systems to make their machines more reliable and optimize performance. The arrangement of modules being deployed depend on the makeup of the brine at different sites. All this, using no fresh water.

“The best lithium on the planet is found in desert environments. Cutting out the use of fresh water is really important for meeting government regulations,” explains Hall. “Our process reduces costs and decreases chemical waste by 90%.”.

The firm’s website touts that its process is the most “green lithium extraction technology in the world.” No small feat, and one that Hall says is at the core of who they are as a team.

“We are part of what feels like a movement towards a better future. As scientists, we feel responsible for creating the change now that is required to meet future energy needs. It will be a transgenerational journey, but we feel privileged to be part of this chapter in the overall story,” she adds. Summit Nanotech has earned some serious praise and awards very quick, emerging just two years ago.

“The very first recognition based award I won was as a finalist and a leading female innovator through the Women in Cleantech Challenge run by MaRS in collaboration with Natural Resources Canada. The government gave me about $900,000 in cash and in-kind support,” says Hall. In this way, Summit Nanotech worked out of the CanmetENERGY government lab in Devon, Alberta, providing them a world-class lab at their fingertips. Shortly thereafter, they were listed as one of the top 30 most promising start-ups in Canada, capturing second place at an Energy New Ventures competition, and first place at Inventures for the Smart Cities, Vibrant Communities Event.

“In the midst of all the attention we were receiving was even more important activity. We were getting customer traction, and we were getting our technology third-party validated,” says Hall. “I read a quote to my team this morning from Richard Feynman: ‘For a successful technology, reality must take precedence over public relations, for Nature cannot be fooled.’ To me, public relations is a bonus, but the results of the tech development is paramount.” 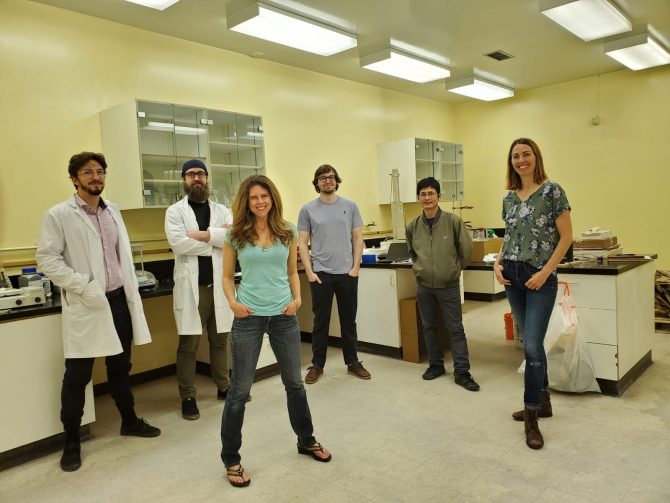 Summit Nanotech founder and CEO Amanda Hall (centre) stands with her team, which has developed a technology that extracts lithium from raw brine, creating a high purity lithium chemical to sell to battery manufacturers.

They haven’t been without challenges either. Last year, the firm was focused on building a process for its lithium mining customers when they realized that they were creating a technology that did not have a strong enough product-market fit.

“We pulled out of the lab, went back to the whiteboard and did another round of customer interviews to see where we had gone off track,” explains Hall. “Luckily we were able to back up enough to come at it from a different angle and now we have a process that our customers want.” Hall says that this is one of the most important lessons she can convey -“Continuously perform product-market fit assessments to stay on the critical path to revenue.”

Summit Nanotech has chosen well with its home base, as Alberta professionals are well-versed in observing ESG (environmental, social, governance) standards, along with being a province full of resource extraction experts. As for sharing some of her personalwisdom to other entrepreneurs, Hall stated: “Get a good lawyer and a good accountant from the start to set you on the right path. Negotiate everything to get lower costs up front. Also, don’t take no for an answer. When someone says ‘no’, use it as an opportunity to learn what you need to do to get a ‘yes’ next time.” She also suggests that entrepreneurs put a strong human-centric purpose at the core of their company.

“It will be your guiding north star when difficult decisions arise, and they will arise.”

To learn more about Summit Nanotech, go to www.summitnanotech.ca