Caitlin Kalinowski is determined to change how girls view STEM programs and guide them into the field with a positive, confident mindset

Women make up only 28% of the workforce in science, technology, engineering, and math (STEM), and men outnumber women majoring in most STEM undergraduate majors. This statistic drives engineer and STEM advocate Caitlin Kalinowski to be a guiding voice for women and minorities interested in these industries. Kalinowski actively promotes more women joining these fields while working as a leader in virtual reality. 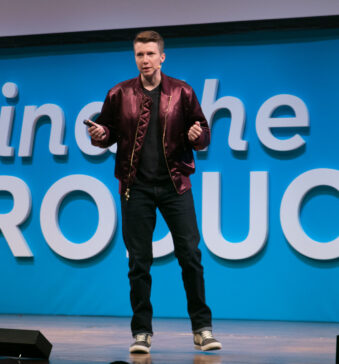 “Women entering highly male-dominated places have always had to learn new ways of communicating to be effective. In past roles, I’ve had to learn how to communicate in a masculine culture in ways that I was not socialized for. Even [STEM] courses for young people use problem sets and projects more appealing to young men, so we need to start at the very beginning to improve diversity.” explains Kalinowski. “In the short term, we can teach young women and girls to communicate effectively in STEM environments, so they can achieve the same status as men in the fields. Longer-term, balancing and diversifying the STEM fields themselves will create cultures that are more welcoming to young women and underrepresented minorities.”

Kalinowski believes that constant discussions in the media about how male-dominated STEM fields are can actually make the problem worse, and that instead positive messages and role models need to be shown to young women and girls. By constantly discussing these stereotypes, young girls can develop further insecurities. Instead, Kalinowski wants the next generation to experience normalcy and confidence in STEM, with fewer gender stereotypes attached.

Statistically, “women are still vastly underrepresented in the STEM workforce. However, women have made gains—from 8% of STEM workers in 1970 to 27% in 2019.”

Kalinowski hopes this statistic will continue to increase, as we address the major factors contributing to these gaps: gender stereotypes, imposter syndrome, male-dominated cultures, fewer role-models, and a lack of confidence girls develop in their own leadership abilities.

“[It’s important to] find women and hire them, and to make sure they have resources and support. You have to build relationships,” says Kalinowski. “Letting college women and schoolgirls know that they have a future in these industries is a huge piece of this. More importantly, if girls seem hesitant to enter a STEM field, it’s imperative they receive positive mentoring.”

According to Kalinowski, a critical step to help more women and minorities succeed in this industry would be recognizing this issue early and bringing it forward in elementary and middle school. With more girls feeling confident and proud of their interest in STEM at a younger age, their transition into collegiate and career-based STEM programs would be more pleasant and less stressful. 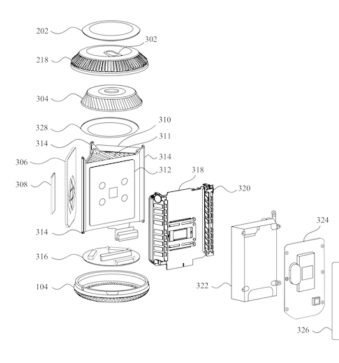 Caitlin holds patents from her time at Apple in the Mac division and from Facebook. Find a detailed list of her patents in the link below, including the MacBook Air and Mac Pro top-level hardware patents and the reveal area of the MacBook Airs (and subsequent Apple laptops).

“It’s really important to me how we [communicate this concern]. I worry about how society talks about STEM and how to get more girls to participate because when one focuses on the gap, girls will internalize it. Be careful not to imply that these are predominantly male areas,” explains Kalinowski regarding this topic close to her heart. “Telling your daughter that she’s smart and capable is really important.”

More Women and Minorities in Tech are Needed

Workplace diversity has become a pivotal subject, so intertwining the normalcy of women and minorities in STEM programs is crucial. Whether this be incorporated into early education or simply parents supporting their daughters as they show genuine interest in STEM, it is a focus educators and parents should advocate.

Kalinowski has experienced these industry challenges as a female mechanical engineer and wants to help prepare young women for STEM fields. She is devoted to being a mentor and a role model for the younger generation so they can push forward and accomplish their science, technology, engineering, or mathematics goals without facing discrimination, or anxiety along the way.

“Seeing more women in the field can be a source of inspiration,” Kalinowski says. “Girls have to be shown what women can do. The key is to foster their drive with mentoring and the opportunity to follow that dream.”

Summary of Tips from Kalinowski

To recap, Caitlin indicated the top takeaways for fostering more women and girls in STEM:

About Caitlin Kalinowski
Caitlin Kalinowski earned her BS in Mechanical Engineering from Stanford University in 2007, where she is a guest lecturer at Stanford’s School of Engineering and the Hasso Plattner Institute of Design. Currently, Caitlin is Hardware Director for Facebook Reality Labs’ Oculus VR products— including 2020’s Oculus Quest 2, Oculus Quest, Oculus Go, and Oculus Rift. Previously she was a technical lead for Mac Pro and MacBook Air products and was part of the original unibody MacBook Pro team. Caitlin has also been instrumental in her support for the arts in California and her work blazing paths to encourage girls to enter STEM. For more information visit https://caitlinkalinowski.com/