The rise of 5G and Wi-Fi 6/6E networks combined with Time Sensitive Networking (TSN) technology, a family of IEEE 802.1 standards to enable time synchronization and data delivery with strict latency bounds, is poised to accelerate the adoption of TSN and dramatically expand the use cases for wireless networks. Traditional time-critical applications for TSN have been in Ethernet-based wired network applications, most extensively in the pro media and industrial markets. Global Market Insights estimates that the TSN market will grow by 30% annually over the next five years, increasing from $200 million USD in 2019 to over $1 billion USD in 2026. This explosive growth is driven largely by the ‘things’ in our lives getting smarter – factories, power plants, cars, etc. – and relying more and more on wireless networks to do so. 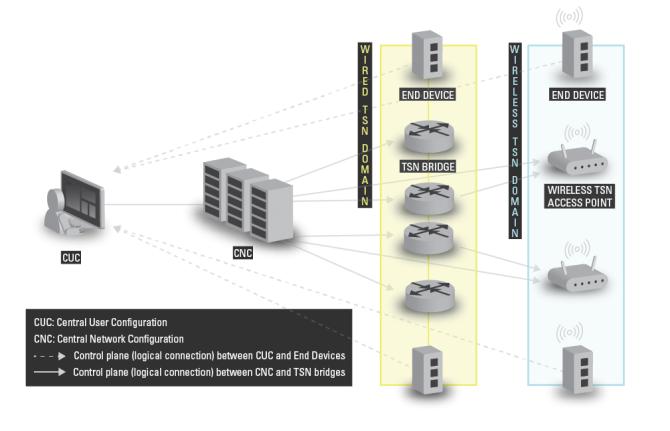 As an organization dedicated to driving change and creating an interoperable ecosystem of networked devices using the foundational, open IEEE TSN standards, Avnu Alliance is well-positioned to help the industry determine next steps and interoperable solutions for Wireless TSN. As an introduction to these new opportunities and to guide Avnu’s activities, the WTSN group published a whitepaper, titled  Wireless TSN – Definitions, Use Cases & Standards Roadmap. The whitepaper introduces the basic terminology, use cases, and standards for extending TSN capabilities over wireless networks including Wi-Fi and 5G. It also serves as an introduction to the larger concept of wireless TSN and a resource for defining the work required within Avnu, along with the contribution of industry partner organizations, to test and prepare the technology for the market. Key takeaways from the whitepaper are summarized, below.

Wireless TSN – Defining the terminology and its capabilities

As TSN-enabled devices and networks start to be deployed, enabling extensions of similar capabilities over wireless is a natural next step, with TSN-enabled networks extending from wired (Ethernet) to wireless domains. The term “Wireless TSN”, is used to refer to a wireless network that extends IEEE 802.1 TSN capabilities over wireless media. The Wireless TSN links can enable wireless access to end devices and computing resources as well as extend the range of wired TSN networks. But not every wireless technology is currently capable of supporting TSN features. Therefore, the Wireless TSN group within Avnu have decided to narrow our focus to the IEEE 802.11/Wi-Fi and 5G standards, given the recent advances and features available to enable TSN-grade performance from these two technologies. 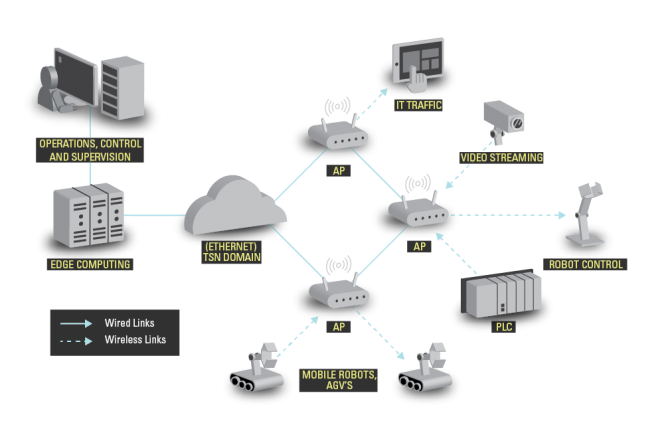 To fully tap into and leverage the IEEE 802.1 TSN standards and ecosystem developed around them, it is important to enable seamless operation and interoperability that extends from wired to wireless TSN domains. Some of the challenges associated with mapping TSN capabilities to wireless include the fundamental differences between wireless and wired communications – for example, the variable capacity of wireless links and the Packet Error Rate (PER) being typically higher in wireless. The broadcast nature of wireless is another important aspect to be considered. On one hand, it may open up the possibility to reach more devices with a single transmission and on the other, it is more susceptible to interference. As a result, coordinated access is very important as well as resilience to interference.

The potential applications and use-cases for Wireless TSN are numerous, but one of the most promising area is the Industrial IoT (IIoT). TSN applications in Industrial have continued to expand in the last few years, as these settings have witnessed increasingly sophisticated network requirements as more operational components and IT networks converge. In today’s smart factories, sophisticated industrial robots and assembly line machines require new levels of mobility, flexibility, and reconfigurability of tasks. Wireless TSN allows the remote control, programming, diagnostics, rerouting, and real-time control of robots – without requiring them to be fixed in place.

Use cases related to control of Power Grid components have also been described in the IETF DetNet group. One unique aspect to be considered in some electrical power grid systems is the required coverage area, which may vary from local (e.g. substation) to wide areas (distribution and transmission). Industrial control systems require the highest level of determinism and reliability, which can be enabled by the IEEE 802.1Qbv time-aware scheduling standard for wired and wireless networks.

Though the IIoT encompasses some of the largest use cases for TSN, wireless TSN will also enable better and more efficient large-scale media experiences. Live performances often require miles of Ethernet cabling that must be set up and torn down over the course of a few hours. The cables and connectors inevitably get damaged over time, creating issues that are difficult and time consuming to troubleshoot. As wireless TSN technology matures, cables will be replaced by portable wireless connections, significantly reducing the overall cost of deployment and operation of live audio systems. The adoption of standards-based wireless networks such as Wi-Fi 6 and 5G for media transport in live sound applications will address another problem for live sound applications as well: currently, UHF bands are used in professional wireless audio links with highly specialized RF solutions. These dedicated spectrum resources are dwindling.

Additional potential use-cases for Wireless TSN include automotive and transportation – for example, to reduce production costs that wiring harnesses and other network components can bring to vehicles, airplanes, and trains.

Where is Wireless TSN headed?

Wireless TSN has enormous potential to radically transform networking across industries in an open, standards-based fashion. This technology is still in its youth, though, and face hurdles that must be addressed to ensure its growth.

Anticipated challenges with widespread adoption include the problem of network interference and wireless channel dynamics. Security is also another important requirement. Because TSN is based on Ethernet and wireless standards (IEEE 802.11/Wi-Fi and 5G), networks can take advantage of security best practices and standards that have already been developed for Ethernet, 802.11/Wi-Fi, and 3GPP systems.

Other challenges include latency during mobility and roaming procedures, and the need for ongoing management and configuration of TSN features and network resources. In order to continue leveraging existing TSN standards and ecosystems, we’ll also need to define a common model with clear service requirements and capabilities to integrate and test wireless technologies with a TSN domain.

Moving forward, it is important for the TSN community to gain a deeper understanding on how wireless networks can provision resources to serve time-sensitive traffic. As the need for time-synchronized communications continues to grow, the Avnu Alliance and its Wireless TSN Working Group remain committed to accelerating the adoption of the TSN interoperable foundation with extensions over wireless technologies to ensure maximum benefits for the industry. Some of the next steps will include detailed requirements analysis for different markets, test procedures and certification plan for future WTSN products.

Learn more about how to get involved with Avnu Alliance and download the whitepaper at avnu.org/wirelessTSN. 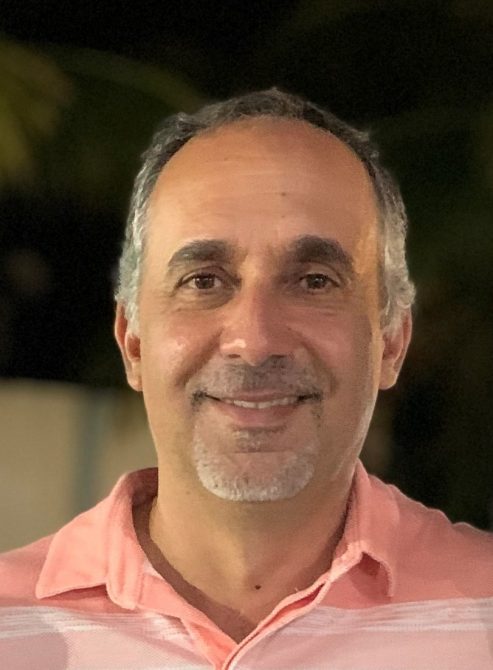 Dave Cavalcanti received his PhD in computer science and engineering in 2006 from the University of Cincinnati. He is currently Principal Engineer at Intel Corp. where he develops next generation wireless connectivity and networking technologies and their applications in autonomous, time-sensitive systems. He leads a team developing Wireless Time-Sensitive Networking capabilities over next generation 802.11 and 5G networks. He is senior member of the IEEE and serves as the chair of the Wireless TSN working group in the Avnu Alliance.