What do we need to know about 5G?

You probably have already heard about the promises of 5G technology in the media. In this article, you will find out more about what 5G means and how this innovative technology can impact you and your daily routine. 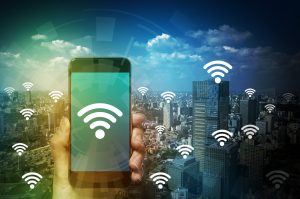 Technology in the telecommunication industry has significantly changed in the last few decades. These changes can be seen by the different cell phones you probably owned during the late 80s and 90s. With the upgrades to your cell phones, new technologies were presented to you and allowed you to change the way you interacted with your device and the world around you. Nowadays, we can’t even imagine how people used to live without a smartphone and stable internet connection.  We must be aware that we now live in a world where not only computers and smartphones can be connected to the internet, but also other devices we could not imagine before. In the same way that our mobile devices evolved to keep up with the evolution of technology, devices like home appliances and wearable tech progressed to become part of the online world.

Before we probe into 5G technology, we will go back in time to understand how we got to 5G and how the technology has evolved so far.

The Gs We Had So Far

The ‘G’ stands for generations of wireless technology. Technically speaking, wireless technology started with 1G. It rapidly evolved to 2G in which the telecommunication companies allowed users to text from one device to another. 3G enabled people to make phone calls, send text messages and browse the internet on their mobile devices. 3G was considered the first big step to promote a deeper and closer relationship with the users and their devices. It allowed users to access their emails and social media on their cell phones. 4G not only improved 3G, but it also allowed users to experience greater downloading and uploading capabilities. The latest technology available for users is 4G LTE (long term evolution), which made 4G technology even faster.

Essentially, the different generations of wireless technology have been defined by their data transmission speed. The evolution of these technologies has also been marked by a disruption in encoding methods, which made the newest technology unsuitable with the previous generation.

What Should We Expect from the 5G?

It is important to know 5G technology still does not have an official definition yet. By that we mean that the official patterns that will define and differentiate 5G from the previous wireless technologies haven’t been formally established. Even though the 5G standard will be officially set in 2018, there are still many points of common agreement between the technology companies and cell phone carriers responsible for the development and distribution of 5G to users.

Technology makes our lives easier, but how will 5G make our lives better? 5G will have a notable higher speed and capacity than the previous technologies. Nowadays, the 4G LTE transmission speed can reach only one gigabit per second; 5G, on the other hand, will have download speed up to 10 gigabits per second. Also, 5G will have a much lower latency, which will allow people to experience much faster load times. In other words, 5G will allow you to download a full HD movie in a matter of seconds, instead of the almost whole hour we take nowadays to download a short video.

The New Possibilities of Interaction

The evolution of technology has allowed us to change the way we use the electronic appliances we have in our homes. Televisions, refrigerators, microwaves, watches, among other devices can all be connected to the internet and to your computers, tablets and smartphones. The interaction among devices will be taken to the next level with 5G, especially when we consider the incredible low latency periods and the much higher speed. These home appliances and wearable technologies now gain new possibilities of development thanks to the connected environment that will be established with the implementation of 5G.

It is important to know that 4G has not been implemented everywhere yet, which means that 5G could replace the actual wireless technology before it is even rolled out in all countries.

To understand why this is possible, we need to have more information about the infrastructure required for the diffusion of these technologies. 4G technology requires fiber connection to be rolled out by the carriers. On the other hand, 5G technology does not need that structure, which makes it easier for the carriers to implement this technology. Instead of installing fiber optics in every street, the carriers will be able to install it every few blocks, which will considerably reduce the time and money carriers have to invest to implement 5G technology.

Even though the investments in fiber optics will be reduced, wireless carriers still must invest in the upgrade of the existing infrastructure to accommodate 5G technology. The current cell site infrastructure will have to go through updates in order to support the new technology and facilitate its distribution. 5G requires cell towers and rooftop antennas to be closer to one another since higher frequencies do not travel as far as the lower frequencies.

Also, the capacity of data transmission by the antennas needs to be stronger than it is today, otherwise 5G will not reach its full potential. For that reason, small cells can replace the already available telecommunication infrastructure due to their higher efficiency in terms of data transmission.

5G is needed is to keep up with the increasing number of devices that can now be connected to each other.  We won’t be able to experience a high quality of interaction among devices, since the current technology does not have the capacity to support the increasing number of devices that now require internet connection. There are almost 7 billion devices currently connected in the world, which makes 5G technology an obvious and crucial step for everyone.

Technology is evolving fast and 5G is proof of how technology will represent a bigger part of our daily lives in the future. For more information on the telecom industry, visit https://www.apwip.ca