How premium electric motorcycles could redefine the automotive space?

Mounting environmental concern has led to a fierce race among OEMs to produce and develop electric vehicles, fueled by both government initiatives and customer demand. Concepts such as ‘go green’ through premium electric motorcycles are likely to attract more customers as governments globally adopt rigorous carbon emission standards. Some of the factors such as fluctuation of gas prices, environmental concerns, and depletion of oil reserves are set to transpire into demand growth for premium electric motorcycles. 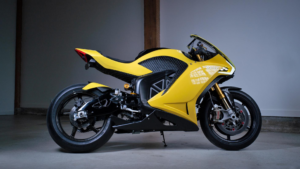 Industry players believe the emergence of lithium-ion (Li-ion) has redefined premium electric motorcycle industry outlook. Palpable traction towards Li-ion batteries has come against the backdrop of innate characteristics of the batteries to bolster the overall performance of the vehicles by reducing maintenance requirements and improving range.

With soaring aspiration for luxury brands and changing lifestyles, OEMs are leaving no stone unturned to expand their product portfolios as pursuit of environmentally-friendly alternatives gains momentum. Harley Davidson revealed prototypes of two of its new electric bikes at the 2019 EICMA Motorcycle show in Milan that is touted to go on sale in 2020. 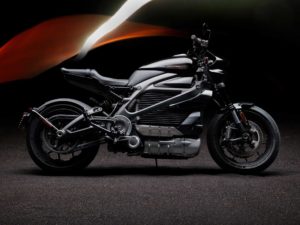 Notably, Harley Davidson motorcycle—LiveWire — has garnered interest among end-use consumers in light of its potent electric motor, and supposedly sleek bodywork. It is believed that the livewire motorcycle has aerodynamic panels, sporty appearance with 15.5 KWh battery and has a top speed of 95 mph.

Damon Motorcycles are based in Vancouver

Vancouver-based Damon Motorcycles recently debuted its fully electric, 4G-connected bike at CES 2020 in Las Vegas. It is the expressed mission of Damon founder & CEO Jay Giraud to cause a paradigm shift for safer, smarter motorcycling. The firm’s latest introduction is the Hypersport Pro, which comes equipped with CoPilot technology. Not a self-riding motorbike, but rather a bike that reads the roads via the same blend of sensors, cameras and radar you will find in cars with active safety tech. So far, Damon is the only manufacturer dedicating itself to technology that proactively reduces the risk of accidents.

Zero Motorcycles, an American manufacturer of electric motorcycles, has released its most sophisticated model—SR—expanding their product portfolio from Zero Dual Sports (DS) bikes. Zero has been dubbed ‘Tesla of motorcycles’ and it is worth mentioning that SR has 223 mile range, 458 pound curb weight with 102 mph speed. Prominently, the electric motorcycle has 14.4 kWh battery and the company has dropped cycle’s charge time to meager 2.5 hours. Ostensibly, throttle response of Zero DS is instantaneous and it has become a force to reckon with as its torque can ascent up to 116 ft-lb.

Rush to produce most marketable

KTM, an Austrian sports car manufacturer company, is working with Bajaj to bring premium electric bike to the fore. The electric vehicle will have output ranging from 3kW to 10kW. Both the companies will co-develop a 48-volt electric platform that will be used for electric scooters. Apparently, the performance electric two-wheelers may be rolled out by 2022.

The Austrian sports car manufacturer has developed KTM SX- E 5 that has an electric motor fueled by lithium-ion battery pack, with relevance given to maximum protection and safety. The electric motorcycle has premium disc brakes, tapered aluminum handlebars and ideal race ergonomics.

Amidst OEMs rushing to produce the most marketable premium electric vehicles, they are looking for ways to put a brake or decrease the so-called high purchasing price. Several governments have come to the rescue by offering special incentive programs on taxes and purchase price. For instance, India has slashed GST on EVs to 5%, while Europe and the U.S. too are offering incentives for the purchase of EVs. While most of the EU members are offering exemption on acquisition and ownership for ECVs, merely 12 EU members provide bonus payments to purchaser of the vehicles. Meanwhile, in December 2019, E-motorcycle Federal Tax Credit was implemented in the U.S. that applies to new electric motorcycle purchased in 2018 thru 2020.