Based on the position of the burgeoning hydrogen fuel cell, electrolyzer, and energy storage device industries, Greenlight Innovation has reason to be confident about its future as a leading-edge supplier of test equipment to this market. Clean energy policy is driving the need for clean, emission-free transportation. The emission from Hydrogen fuel cell vehicles is water, and Greenlight has been growing by double digits since 2016. West Tech Report was given the opportunity to chat with CEO Ross Bailey about the niche that fuel cells will fill with the growth of electric vehicles, the challenges since taking control of the company in late 2007, and future challenges having grown the company organically.

Electric vehicles have dominated the headlines since the meteoric rise and fall in the valuation of hydrogen fuel-cell company Ballard Power. After many false starts, hydrogen-powered fuel cell solutions are re-emerging, but it may not be a case of fuel cell cars beating electric cars. 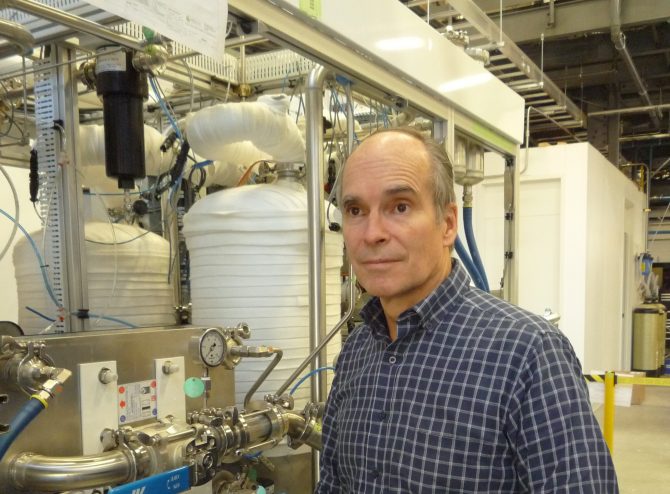 Ross Bailey, managing director at Greenlight Innovation in Vancouver shares his thoughts on the role hydrogen fuel cells will have in electric vehicles.

“I expect we are going to see both technologies providing complimentary benefits to our diverse transportation needs,” says Bailey. “For one thing, fuel cell development was at a lower technology readiness level than batteries and hence Lithium-Ion battery technology was commercialized first. Secondly, I think batteries are doing a good job for light-duty passenger vehicles, primarily in cities.”

On the other hand, where fuel cells may have found their niche is in heavy-duty transportation, such as buses, trucks, and commercial vehicles, especially where goods are being transported. Fuel cell vehicles can deliver a range similar to internal combustion cars, without the burden of batteries, with a refuelling time similar to gasoline or diesel. To illustrate the impact of this, consider long-haul trucking industries having to allow cargo to sit on trucks for extended periods while recharging takes place. It takes hours to recharge electric batteries as opposed to minutes with fuel cells.

“There is no other solution coming along that could meet [the need for emission-free long-haul trucking]. It is going to be fuel cells. And, we will be there. If we are going to be decarbonizing, this is the only solution,” Bailey emphasized.

Greenlight was founded in 2008 as a spin-off from Hydrogenics Corp., which is a Mississauga-based fuel cell and hydrogen electrolyzer company:

“I led a management buyout with three other managers who were working there at the time. I felt this could be a viable company if it was right-sized since there was some market demand and we had product offerings,” adds Bailey. “It turned out that the spring of 2008 wasn’t a great time to launch a business with automotive companies as your customers.” 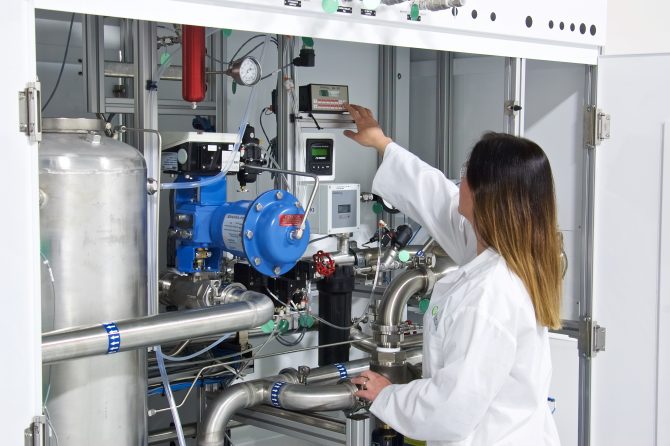 A global leader in the supply of fuel cell and battery test equipment, Greenlight Innovation enables its customers in next-gen energy sources.

Next generation of energy technologies

Those early, tough years helped to galvanize the core members of the company, but the core mission has remained the same.

“We all believe we are doing something meaningful for the planet. We may not be creating clean energy products ourselves but the test equipment we make is used by our customers to create the next generation of energy technologies,” explains Bailey. “Many of the fuel cell vehicles that are in development or on the road now have been developed on our test equipment. It is rewarding because we are selling to virtually every automotive company that has a fuel cell program.”

Covid-19 has forced many businesses to change business models, and Greenlight is no stranger to pivoting. Consider that revenue from the automotive industry for Greenlight went to 0% from 2009-2011 due to the global recession, and now it accounts for 80% of revenues. With the pandemic restrictions easing off, Greenlight can focus on handling double-digit growth, and even with the expansion to a new, larger building last year, they are already considering taking additional space. Perhaps the Covid-19 trend towards home offices might even work in their favour.

To learn more, go to www.greenlightinnovation.com.