Modern test equipment is imperative for investing in STEM field

For the Canada and the U.S. to preserve its historical lead in science and technology, universities will need to attract approximately a million more STEM field-graduates, according to government economic projections. Educational initiatives have had some success in increasing STEM interests, but many university research facilities that are supposed to engage and steer students toward STEM careers haven’t kept pace. 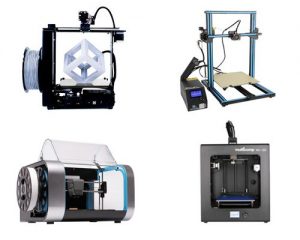 New research suggests universities that invest in modernizing their engineering labs with the latest technologies attract more satisfied and curious students, and inspire more innovative work. The data clearly shows that if you want to improve peoples’ perceptions of a lab, it is vital to improve the quality of the equipment.

The latest research breakthroughs in Internet of Things (IoT), 5G and other STEM frontiers cannot be achieved with tools designed for yesterday’s STEM challenges. As a result, having the most relevant, up-to-date technologies is an important incentive for attracting the most passionate students.

Budget pressures, however, constrain many institutions from future-proofing their labs. Many states are cutting funding for public universities, and federal funding for basic research on university campuses has declined since 2008.

Yet schools in desperate need of upgrading their research facilities don’t necessarily need major cash infusions. Rather, focusing on a few core technologies that are most in-demand in university labs today could be a wiser way to manage a lab on a budget.

Lab quality: ok, but not great
Newark, the Development Distributor, recently surveyed engineering students, faculty and staff across the country working in lab settings to understand the best and worst aspects of working within university labs, how satisfied they are with the quality of their tools, and what are the key requirements for creating a high-performance lab.

The lab experience is intrinsically tied to the quality of the lab, the study found. Respondents said that the freedom to pursue their passion projects and explore “curiosity-driven” research (as opposed to risk averse, profit/loss research) is the best thing about working in engineering labs. Working with curious students who are interested, engaged and eager to learn in a flexible environment was a major motivator as well. “Teaching other people concepts and then seeing a realization that expands their minds” is immensely rewarding, said one respondent. 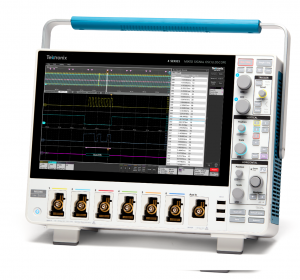 This sentiment was then followed by the need to work with cutting-edge technologies in order to teach them to students. Consequently, having access to the latest supplies and technologies, particularly tools that would not otherwise be available, was repeatedly cited as a major perk of the job. “I get to play with equipment I could never afford,” explained another respondent.

Yet, costs negatively impacted the experience. “Worrying about funding, and if the device or service is free or billed, and not being able to help due to lack of funding,” were typical concerns cited by one respondent.

So it was no surprise when the study revealed lukewarm satisfaction for the overall state of university labs. Less than one-third (30%) of respondents believe the quality of their lab is excellent, while just over half (52%) said their labs are good at best.

Similarly, when asked about their lab equipment, approximately 45% said they were somewhat satisfied with the equipment and technologies in their university’s labs, while only 30% of respondents were very satisfied.

When asked which lab equipment are the most important to keep up-to-date in order to be considered a high performance university lab, five technologies rose to the top. Significant majorities of respondents believe it is critical to have the most up-to-date versions of single-board computers such as the Raspberry Pi (89%), 3D printers (66%), oscilloscopes (61%), spectrum analyzers (60%), and digital multimeters (58%).

The good news for lab managers is that focusing on these core, favored technologies may be the best way to future-proof their labs, while dealing with budget constraints. For example, 3D printers are in high demand in university labs because their costs are tumbling and they can be used to create or replace other lab instrument parts, holders and models. 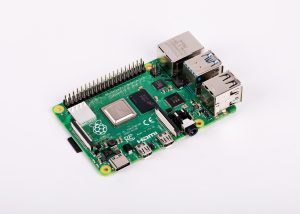 As the IoT market continues to expand, the latest single board computers are in high demand as well. Many are available from manufacturing and engineering communities in the form of low-cost educational kits designed for universities. They often provide courseware for developing embedded products, including Linux kernels, drivers and development tools.

Even traditionally big-ticket equipment, such as oscilloscopes, are becoming more affordable. An 8 Gigahertz oscilloscope that cost upwards of a half-million dollars five years ago, can now be acquired for under $40,000. While that is still a lot of money, the investment is much more attainable for labs on a budget.

Manufacturers are also able to extend the life and modernity of oscilloscopes and other expensive equipment with free software updates, providing additional cost-savings over having to replace aging equipment.

Final thoughts
Attracting and retaining the best faculty and students will require state-of-the-art facilities that foster both boundless curiosity and ground-breaking innovations. New research shows a near linear correlation between the quality rating of a lab and the satisfaction with the lab equipment. But at a time of declining university budgets, major facility upgrades are out of reach for most public institutions. University labs can improve their competitiveness while containing costs by upgrading the equipment that are most relevant to today’s engineering challenges in IoT, 5G and other emerging markets.