This article is adapted from a talk that our founder, Afshin Mehin, gave at the Interior Design Show Conference in Toronto this past January. The topic was ‘Disruptive Technologies in Design.’ Mehin spoke about AI and how it will impact the creative process and makeup of design studios as we look towards the future.

Over the past decade, we have witnessed major advancements in artificial intelligence technology; some would say the decade’s most defining development was the rapid rise and evolution of AI.

As it becomes more and more ubiquitous, AI is transforming various aspects of everyday life – from the healthcare industry to the highly personal act of listening to music. As a design studio, we are focused on turning visionary technology into beloved products and services. Which means we are always deep in thought about the changes we will need to adapt to, whether that’s in meeting our users’ evolving needs, or in adapting our design process to the huge technological strides we’re witnessing today, with AI or otherwise. 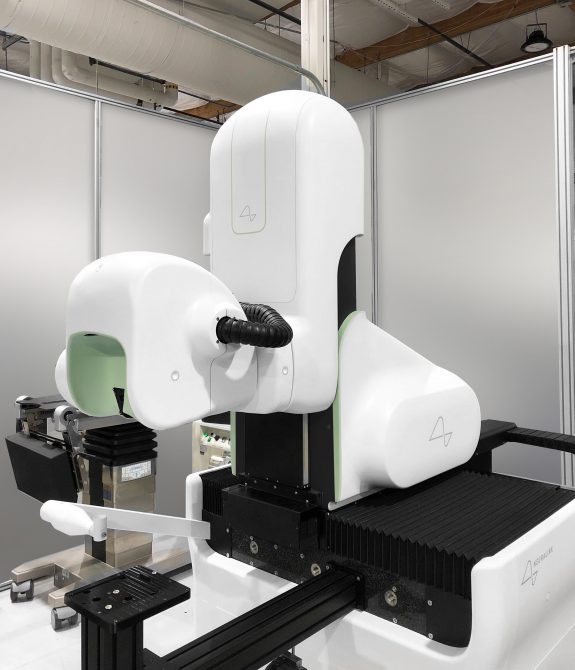 Woke Studios’ industrial design was on full display with its contribution to creating a surgical robot for Elon Musk’s Neuralink venture.

‘AI’ is an umbrella term that describes the ability of a computer to make predictions based on patterns and relationships that it automatically discovers in data.

The quantum leap in progress AI has seen in recent years can be attributed to three main factors:

1) a huge increase in the amounts of data used for training AI;

2) improvements made around deep learning algorithms, which allow computers to filter information in layers;

3) much more powerful hardware that allows for faster progress, and widens the possibilities for both testing and application.

What AI can and can’t do

In 2018, the UK-based company DeepMind built AlphaGo, an AI designed to play the 2,500-year old board game Go. AlphaGo ended up defeating the world champion, Lee Sedol – something that AI experts had previously thought would not be possible for at least another decade, because Go is such a complex game (the moves in Go outnumber the atoms in the universe). AlphaGo won the game by performing a move early on, Move 37 specifically, that employed a completely different type of intelligence than that typically practiced by humans – stunning both the researchers and the AI’s opponent. 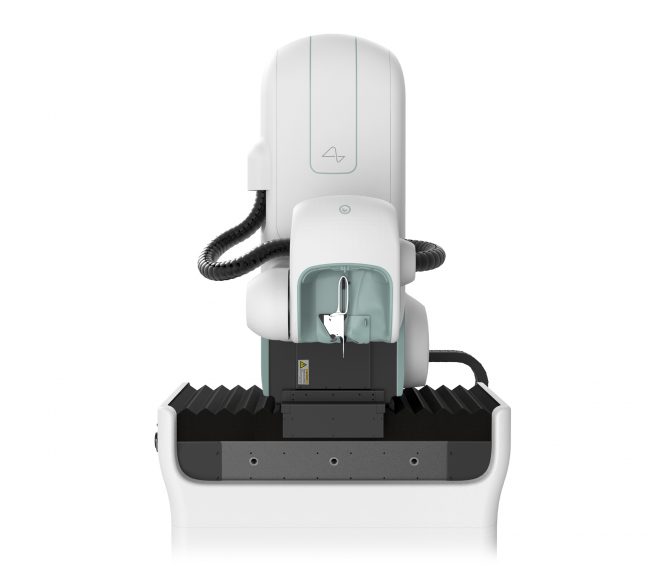 Neuralink surgical robot was created in collaboration with the industrial design team at Woke Studios. The robot can perform an extraordinarily complex surgical procedure of implanting neural threads safely into the brain.

Like in the case of playing Go, AI has proven to be extremely adept at learning complex tasks that have very clear and identifiable goals. Solving these hyper-specific problems requires narrow intelligence – a highly specialized skill set that applies to highly specialized use-cases. But as good as AI is at specific and complex activities, it lacks the ability to perform in other capacities: it’s bad at metaphors, concepts, creativity, and imagination.

This means that AI will be less like a sentient being that performs diverse and general tasks, and more like an appliance – something that does one thing really well. As a result, it will be the type of technology that will be ubiquitous not as a new product, but through powering a lot of existing products and systems that can be made better with AI.

AI in the studio

Though hearing about artificial intelligence might arouse anxieties in some (“Will we have a job in 10 years?”), and rightly so, design might have less to fear than other fields. While a game of Go has a clear goal and a very narrow set of constraints, the process of design more often than not involves answering multilayered questions in a way that requires having a holistic – and human – perspective of a problem. Think of all the conditions that define the design of a successful public library, or a motorcycle, or even the design of a pair of shoes.AI, with its narrow intelligence, can’t come up with the creative, big-picture thinking we employ all the time to tie things together in the design process.

To counterbalance the skills of AI, designers more and more will have to become generalists – or, as Kristian Simsarian put it, “As designers we will need to be more ‘Verby’ and less ‘Nouny’.” So at the end of the day, if what we’re in charge of is coming up with the big idea, then the best thing AI can offer is to play a supporting role in our process. Ergo, the AI design intern. 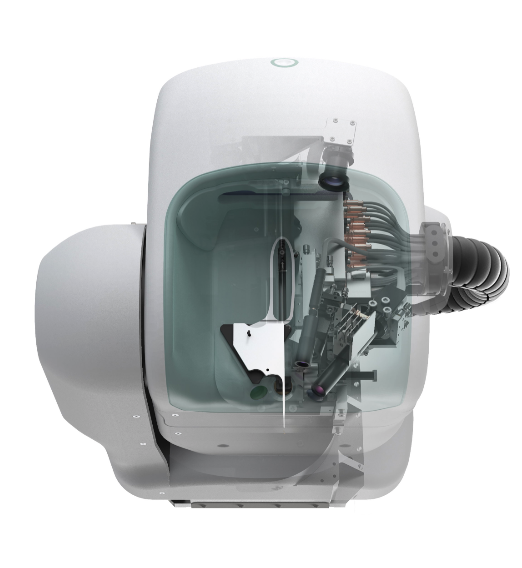 The Neuralink engineering team was able to build this incredible robot and, in moving to productize it, worked with Woke on the industrial design for use in clinical settings, as well as the aesthetic design that would comfort potential patients and still express the futuristic nature of this technology.

AI technology can be applied towards everything from the most mundane tasks, to more collaborative, generative work. Recognizing this, companies like Google, Adobe, and Autodesk are working to develop AI resources that can respond to designers’ specific needs – whether that’s smart image editing tools or parametric modeling softwares. These new tools effectively act as ‘interns’ – playing a supportive role in the creative process, and growing with time and experience.

Like any design intern, an AI intern will need to be trained and guided. After hiring an intern, you get acquainted with their skill set and work ethic by assigning them basic tasks like renaming files, color-correcting photos, cleaning up sketches, or touching up images. And it’s precisely these tasks that are perfect for an AI to do. This is something that Adobe has made some great progress on with Adobe Sensei, an AI product designed to take tedious tasks off designers’ hands.

After the AI intern is trained to complete straightforward tasks, it could start taking on increased responsibility, and more creative roles. AI’s way with images makes it a great candidate for creating mood boards based on keywords or reference images; over time, the designer can teach it to return results that align with their creative vision. Another way AI can act as a creative collaborator is through generative design, where you teach the AI the constraints of a problem you’re trying to solve, and it returns a breadth of options that fit the brief. We can see a recent example of this in Philippe Starck’s AI chair for Kartell.

Having the reliable and personalized support of an AI intern could free up time, space, and mental energy for deeper creative processes. A great quote on the potential for AI to empower designers was from Josh Lovejoy, head of ethics and Society at Microsoft: “The role of AI shouldn’t be to find the needle in the haystack but to instead to clear as much hay as possible so we can better find the needle ourselves.”

The good news is that this does not mean that living, breathing interns will be obsolete. The roles of an intern are directly related to the roles of their mentor, and the focus of the design studio. This means that with a redistribution of responsibilities between AI and designers, human interns can get increased opportunities to be involved in the creative process itself. This creates the conditions for maximum creative output, or at the very least, a good environment for a consistent and more diversified creative flow.

In a collaborative environment like a design consultancy, and especially at WOKE, the human conversation is paramount to the design process. We are constantly trying to create products grounded in originality, empathy, and responsibility. Just as we can adapt to AI’s inevitable and evolving role in our industry, we can adapt AI as a tool that helps us continue to reflect and support our fundamental principles.

In conclusion, the future is bright and exciting. As designers we’ll grow to be more like conductors of an orchestra than sculptors shaping clay ourselves. We’ll be more focused on defining a good question than on the process of carrying out the task itself. After all, is there anything more human than asking a good question?

Founded in 2013 by Iranian-American designer Afshin Mehin, Woke Studios is a futurist-led design studio working at the convergence of industrial and experience design. A leader in wearable technology, Woke Studios is at the forefront of brain-machine interfaces and designing thought-based interactions. It operates an office in Vancouver BC.