Before Google Glass first hit public testing in 2013, the word ‘glasshole’ had already been coined. Referring to someone who uses an augmented reality (AR) headset inconsiderately, this term eloquently expresses the difficulty in achieving social acceptability.

Designing for social acceptability is no easy task. Standards of cultural tolerance shift over time, as well as what consumers demand from their devices. Privacy concerns around the Google Glass’ inbuilt camera were largely responsible for the negative reactions at the time, yet Meta and Luxottica’s Ray-Ban Stories video recording glasses did not provoke the same response. This is likely due to greater usage of smartphones and social media shifting social norms, but also the fact they look like a normal pair of sunglasses.

Achieving this sleek appearance for true AR glasses (Ray-Ban Stories do not integrate a display) presents difficulties since displays, bulkier batteries, and other components take up more space. Components called optical combiners must also meet the challenge of overlaying projected images onto reality. These are arguably the most critical hardware technology in AR’s drive for ubiquity, but so far, they have presented one of its greatest roadblocks. 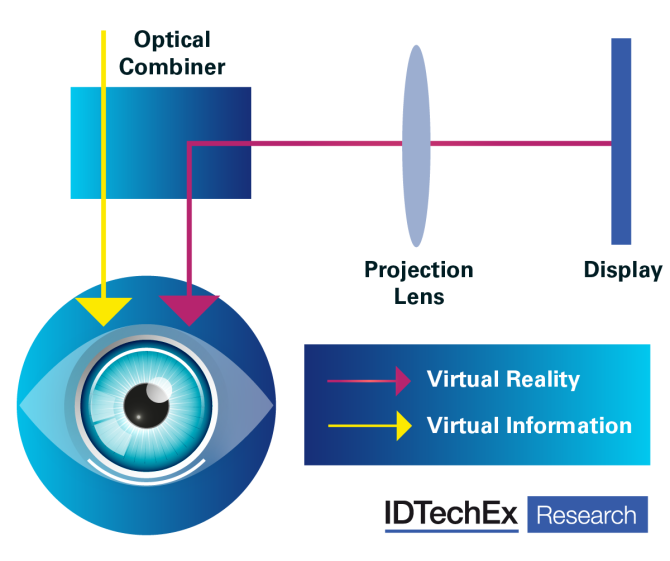 Optical waveguides work by in-coupling an image through an optical element, transmitting it through a piece of glass or transparent plastic by total internal reflection, and then out-coupling into the eye using another optical element. Due to their fabrication on a single piece of transparent material, waveguides could be made to look like standard spectacles lenses. They can help shrink AR headsets by using intermediate optical elements to expand the exit pupil of displays, reducing the size of display panels, and allowing them to be mounted in different locations – including potentially in the arms of glasses.

It’s the potential of waveguides to help the design of AR headsets conform more closely to existing eyewear that is one of the key drivers of the AR industry’s interest in the technology. These factors together smooth the path for headset designers of packaging AR components into a form that does not resemble Robocop, but waveguides still have hardware hurdles to overcome.

Perhaps the biggest roadblock to optical waveguide adoption is their poor light efficiency. An inefficient waveguide requires a brighter display and so larger batteries, preventing headsets from looking sleek and negating most of the component’s social acceptability benefits. One solution is swapping out the diffractive optical elements used in most commercial AR waveguides (as in Microsoft’s HoloLens 2) for reflective optics, which leads to approximately a 10X increase in light efficiency for comparable waveguide specifications.

The major tradeoff here is manufacturing cost since reflective waveguides currently must be made with more traditional optical manufacturing techniques. Optical combiners already form one of the most expensive components of AR headsets, so keeping costs down here is clearly critical.

IDTechEx’s recently released report includes detailed analysis of how these costs can be reduced, as well as how the many other challenges facing optics for extended reality devices can be met. 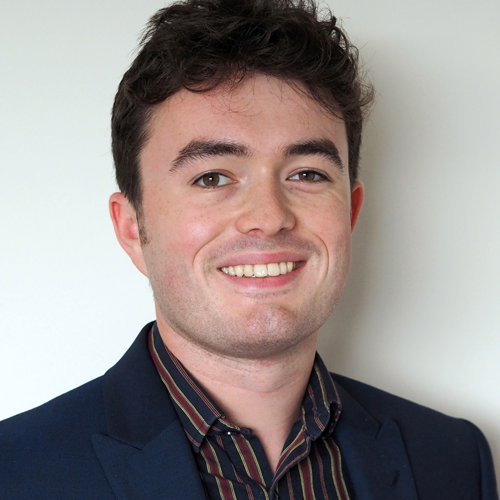