Passive electronic component market valued at near USD $33B in 2021.

The passive electronics component market witnessed significant growth over the past few years, primarily due to the increasing digitalization of various sectors, resulting in the rising adoption of consumer electronics across these sectors and the growing demand for connectivity and mobility. With these advancements, the complexity of electronic products is also increasing. This is accelerating the demand for passive components in the electronics and automotive industries.

The growth of inductors is currently steady, owing to the increasing number of product launches, the developments in the consumer electronics sector, the growing use of inductors in automotive electronics, and the increasing adoption of smart grids. The rising demand for consumer electronics, such as smartphones, tablets, laptops, set-top boxes, and portable gaming consoles, is the primary factor driving the demand for inductors. 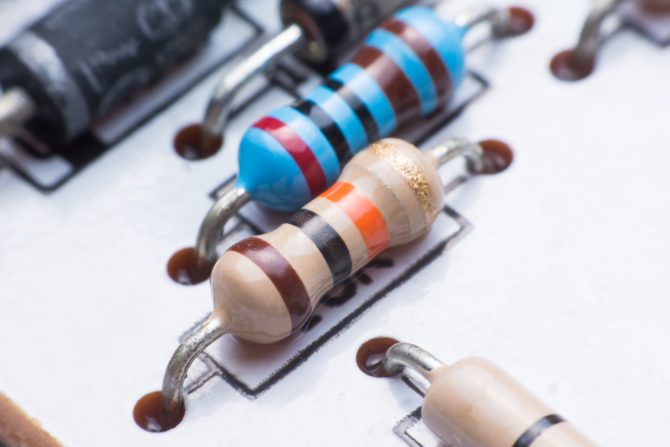 Inductors are used for power supply in various complex circuits for managing the current, and as filters in circuits to cut off undesirable frequencies.? The new trend of connected and smart devices is likely to witness more complex circuitry, leading to an increased demand for inductors in the near future.

The increase in hybrids and electric vehicles (EV-type cars) is rapidly reducing the environmental burden and increasing the number of ECUs (electronic control units), thereby leading to stronger demand for electronic components whose miniaturization and further performance improvements have been rising. The growing market for these vehicles will offer further growth opportunities to the power inductor manufacturers.

The trend of moving toward electrification places extreme pressure on DC/DC converters to provide stable power over a wide temperature range and deliver high reliability and energy efficiency within tight space constraints, such as the electronic control unit (ECU), owing to the demand for power inductors that can deliver superior characteristics to the industry.
The new automotive features and the functionality due to autonomous vehicle technologies, vehicle-to-vehicle (V2V) communications, advanced driver-assistance systems (ADAS), and other safety and sensing systems, like backup cameras and lane-departure detectors, are driving the demand for electronic components in automotive applications. Passive components, like capacitors, are required to ensure stability and interference-free designs.
Electric vehicles, plug-in hybrids, and some other types of motor vehicles deploy electric drive trains. These drive trains are creating a significant demand for electronic components and subsystems. In these types of vehicles, aluminum electrolytic capacitors and film capacitors are being used in drive-train applications, including boost inverters, DC/DC converters, motor inverters, onboard chargers, and wall chargers.

With the automotive manufacturers continuously striving to improve performance while reducing cost and mass, electrical and electronic components utilized in automotive are witnessing rapid advancements on many fronts. Amid digital advancements, many circuits still depend on their analog components for reliability and accuracy.?

Asia Pacific to Witness Significant Growth in the Market

The Asia Pacific region is one of the most important markets for capacitors. The automotive industry is proliferating in China, and the country is playing an increasingly important role in the global automotive market. The government views its automotive industry, including the auto parts sector, as one of its country’s pillar industries. The Government of China estimates that China’s automobile output is expected to reach 30 million units by 2020 and 35 million units by 2025. This is expected to drive the capacitors’ demand.

Japan and South Korea are two of the major countries that are driving the demand for capacitors. The transportation sector is one of the critical infrastructures that supported the Japanese economy and evolved along with other industries’ growth. In addition to this, Japan is on the road toward adopting electric vehicle technology on a large scale. The biggest motor vehicle company in the country, Toyota, has partnered with another player, Mazda, to develop electric vehicle technologies for electric cars, including mini-vehicles, SUVs, passenger cars, and light trucks. This caters to the demand for supercapacitors.

The demand for inductors is primarily felt in the Asia-Pacific region, with many countries, like Japan, China, South Korea, and Taiwan, hosting massive companies and foundries for several major passive electronic powerhouses. China is the single largest source of demand for inductor components in the current market scenario, owing to its rapidly growing semiconductor industry and automation in the industrial sector.

Additionally, the Asia-Pacific region is on the path to becoming the world’s largest 5G region by 2025, led by pioneering 5G markets, such as Australia, China, Japan, and South Korea, according to the latest edition of GSMA’s Mobile Economy report. The number of launches of commercial 5G networks in these markets is expected to reach 675 million by 2025, which is more than half of the total global 5G launches.

The growing electronics industry is attracting several MNCs to set up manufacturing plants in Asian countries either independently or through a joint venture with different regional companies. This includes large global organizations such as Tyco Electronics, FCI OEN, Molex, Vishay, and EPCOS. ?This is further anticipated to boost the local manufacturing activity of resistors in the Asia Pacific region.

May 2022 – Vishay Intertechnology Inc. introduced a new high precision thin film wraparound chip resistor for industrial, military, and aerospace applications. In addition to offering the widest resistance value range in the market, the Vishay Sfernice PEP delivers higher power ratings in smaller case sizes than competing devices, which enables miniaturization and increases reliability by reducing the mechanical stress on solder joints. These resistors are available in four case sizes from 0402 to 1206 and feature a high-power rating of 1 W in the 1206 case size.