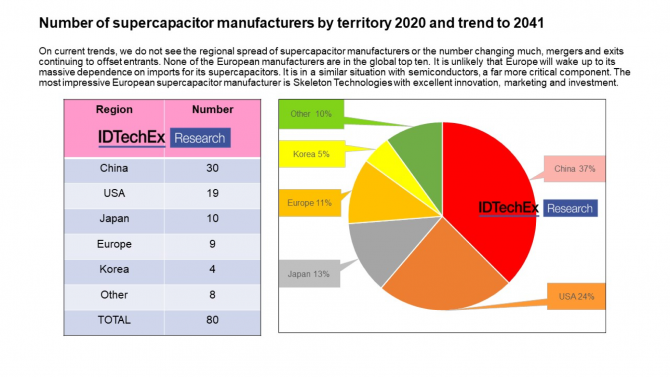 What do you now purchase by the kilowatt hour? The new supercapacitors replacing batteries, according to a new report from IDTechEx. The report shows how supercapacitors have started to replace 10% of lithium-ion batteries and help kill lead-acid. At route end, urban buses and light trains will charge in 20 seconds, and escape eye-watering battery replacement costs.

Supercapacitor backing that stretches to fit

The second breakthrough is Geely putting large peak-shaving ones in hybrid cars from 2021, others following, market potential also billions of dollars. The third breakthrough is new formats impractical with batteries from a Lamborghini self-healing car with supercapacitor bodywork to a wearable sensor film with supercapacitor backing that stretches to fit and can be cut to size.