The EU Restriction of Hazardous Substances (RoHS) landscape is being significantly modified in 2019. After more than a dozen years of only six substances, four new substances are being added to one of the most widely known environmental compliance laws in the world. 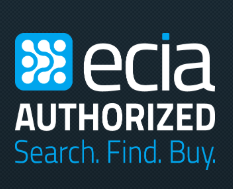 The 2015 amendment allows a grace period for compliance which is quickly drawing to a close. Restrictions on the new substances shall apply for most EEE product placed on the EU market from July 22, 2019 and onward. However, for medical devices, including in vitro medical devices, and monitoring and control instruments, including industrial monitoring and control instruments, the restrictions become effective July 22, 2021.

Members of the ECIA are already seeing many customer requests for RoHS status including all 10 RoHS substances and should expect the volume of requests to increase, according to a media rlease from the industry association. While certain manufacturers are currently making RoHS (EU) 2015/863 statements available via websites and email, there is much more to do in our industry in a short period of time to adequately prepare for this very impactful change.