Net tech employment accounted for approximately 8.4 percent of the overall Canadian workforce in 2017, according to CompTIA report

Tech employment in Canada expanded by nearly 45,000 jobs in 2017, to an estimated 1.2 million workers, according to a recent report published by technology industry trade association CompTIA. 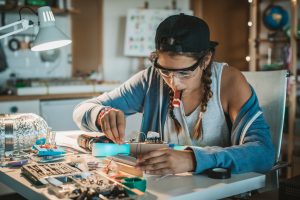 The amount of tech talent in major Canadian cities is drawing employers to Canada.

Net tech employment accounted for approximately 8.4 percent of the overall Canadian workforce in 2017, according to the report.

Continuation of the growth trend of tech jobs increasing

The outlook for technology employment points to a continuation of the growth trend, which has seen tech jobs increase by about 32,000 each year since 2010. Projections from Statistics Canada indicate the base of tech occupations is projected to increase by nearly 8 percent between 2018 and 2026.

The growth projections for many technology occupation categories exceed the national benchmark, and in some cases, by a significant amount. For example, database analysts and administrator roles are projected to grow at three times the rate as the national average. Software, systems analysts, which includes cybersecurity roles, and user support technicians will also experience notable gains through 2026.

“Reports indicate Ottawa, Toronto and Montreal have nearly three times the concentration of tech talent versus their North American peers,” Pelosse adds. “Canadian cities are among the best value for quality options for tech firms thanks to less expensive access to labour and real estate, but also high educational attainment levels. “

Among other key findings from the report: