The Trudeau government will take fresh steps Tuesday towards equipping the country for the rapidly advancing era of big data. The office of Economic Development Minister Navdeep Bains has sent invitations to a launch for what it describes as “national digital and data consultations.” 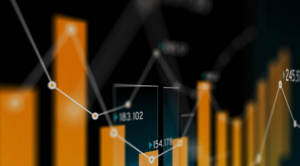 For months, business leaders and academics have been urging Ottawa to create a national strategy to harness the expanding power of the data-driven economy, which is widely expected to produce big economic gains. But, while data holds vast possibilities that can help all industries _ there are also potential pitfalls. Privacy and even democratic fears have grown alongside big data’s promise.

The new frontier has forced policy-makers in different parts of the world to take careful approaches to ensure they shield private data from misuse. The development of tools to protect privacy has become a key concern. The federal invitation, a copy of which was obtained by The Canadian Press, said the transformative power of artificial intelligence and big data will generate new opportunities for job creation and economic growth. It also acknowledged that the explosion of data generation is leading to new questions around privacy and security.

“We know that we must continue to support an innovation ecosystem which can evolve, adapt and respond,” the government said in the invitation, which also called for participants to join a roundtable meeting Tuesday in Ottawa that will coincide with the launch of the consultations.

The Council of Canadian Innovators, which represents fast-growing technology firms, is among the invitees to the roundtable. Benjamin Bergen, the group’s executive director, has been pressing Ottawa for a national data strategy. If the country hopes to create jobs and boost growth in the expanding field, then innovative firms will need policies that enable them to capture and produce returns from Canadians’ data, Bergen said in a statement.

“Our members are hopeful the government will work with them to develop a national data strategy that will enable Canada to become a leader in the data-driven global economy,” said Bergen, whose group is chaired by former Research in Motion co-CEO Jim Balsillie.

A spokesman for Bains declined to comment on Tuesday’s event, which was described in a government news release as an “announcement on digital and data transformation.” Technologies like AI depend on vast amounts of high-quality data as well as the expertise to properly analyze it and make use of it.

Big data has numerous applications _ from enhancing industrial processes to improving the detection and treatment of disease. Experts say it also has far more uses that have yet to be discovered. But, the misuse of private data has become a big source of concern, particularly in recent months following a scandal that allegedly saw the personal information of some 87 million Facebook users _ including more than 620,000 Canadians _ improperly accessed for political-campaigning purposes ahead of U.K.’s Brexit vote and the 2016 U.S. presidential election.

The controversy has increased the scrutiny of data use by political parties, which depend heavily on access to quality information about voters to help them calibrate their campaign pitches. The issue has also led policy-makers to carefully dissect how private data is collected, stored and used by corporate players. Last month, a committee of federal lawmakers delving into the Facebook controversy heard witnesses call for substantial regulatory upgrades to protect Canadians’ privacy.

At the hearing, Balsillie warned about democratic and economic risks posed by foreign, data-harvesting companies motivated by what he called “surveillance capitalism.” Balsillie urged MPs on the ethics committee to protect citizens by introducing strict data-privacy rules that are _ at a minimum _ comparable to those implemented last month by the European Union. The rules are part of the E.U.’s General Data Protection Regulation, or GDPR.

He said giants like Facebook and Google are entirely driven by mass surveillance and follow business models that exploit gaps in Canada’s governance laws. A Google Canada executive, who appeared before the committee at the same time as Balsillie, defended the company’s record when it comes to data protection for its users. Colin McKay, head of public policy, also said Google had strengthened its privacy and data-control tools.

On Monday, McKay said in a statement that there’s “tremendous opportunity” for data-driven companies in Canada and that Google is looking forward to contributing to the government consultations.

“The government has an opportunity to create a nuanced strategy that helps Canada differentiate itself from the rest of the world, not just in the tech sector but in health, agriculture, mining, and manufacturing,” he said.