Intel rolled-out two major milestones in its efforts to research and develop future computing technologies at the 2018 Consumer Electronics Show in Las Vegas. These advances, including quantum and neuromorphic computing, have the potential to help industries, research institutions and society solve problems that currently overwhelm today’s classical computers.

The digitization of nearly everything is creating an explosion of both structured and unstructured data as well as the desire to collect, analyze and act on it. This is driving exponential demand for compute performance and spurring Intel’s research into these new, specialized architectures. 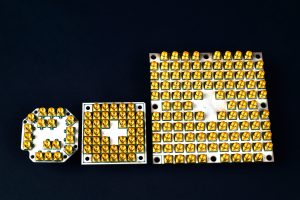 Today, just two months after delivery of a 17-qubit superconducting test chip, Intel unveiled “Tangle Lake,” a 49-qubit superconducting quantum test chip. The chip is named after a chain of lakes in Alaska, a nod to the extreme cold temperatures and the entangled state that quantum bits (or “qubits”) require to function.

Tangle Lake represents progress toward Intel’s goal of developing of a complete quantum computing system – from architecture to algorithms to control electronics. Achieving a 49-qubit test chip is an important milestone because it will allow researchers to assess and improve error correction techniques and simulate computational problems.

“In the quest to deliver a commercially viable quantum computing system, it’s anyone’s game,” said Mike Mayberry, corporate vice president and managing director of Intel Labs. “We expect it will be five to seven years before the industry gets to tackling engineering-scale problems, and it will likely require 1 million or more qubits to achieve commercial relevance.”

The need to scale to greater numbers of working qubits is why Intel, in addition to investing in superconducting qubits, is also researching another type called spin qubits in silicon. Spin qubits could have a scaling advantage because they are much smaller than superconducting qubits. Spin qubits resemble a single electron transistor, which is similar in many ways to conventional transistors and potentially able to be manufactured with comparable processes. In fact, Intel has already invented a spin qubit fabrication flow on its 300mm process technology. 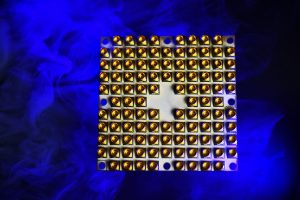 The Promise of Neuromorphic Computing

Krzanich also showcased Intel’s research into neuromorphic computing – a new computing paradigm inspired by how the brain works that could unlock exponential gains in performance and power efficiency for the future of artificial intelligence.

Krzanich noted the significance of this research and the progress Intel is making. “This has been a major research effort by Intel and today we have a fully functioning neuromorphic research chip,” he said. “This incredible technology adds to the breadth of AI solutions that Intel is developing.”

Neuromorphic chips could ultimately be used anywhere real-world data needs to be processed in evolving real-time environments. For example, these chips could enable smarter security cameras and smart-city infrastructure designed for real-time communication with autonomous vehicles.

In the first half of this year, Intel plans to share the Loihi test chip with leading university and research institutions while applying it to more complex data sets and problems.